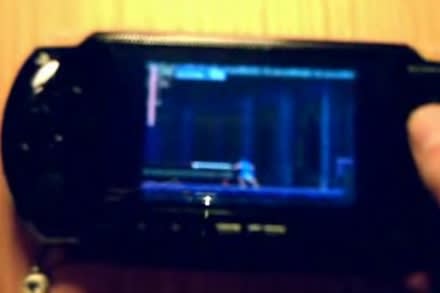 From just about day one, the holy grail of the PSP homebrew scene has been PSX emulation, and while much has been accomplished on this front, the spiffiest emulator yet happens to come courtesy of Sony Computer Entertainment Itself. Of course, that emulator entails a pay-per-download scheme, limited catalog and requires a PS3 to make it all work, right? Not so much anymore, thanks to hacker extraordinaire Dark_AleX and his new Custom Firmware 3.02 OE-B, which lets you convert your very own PSX ISOs and run them at full speed on the PSP. OE-A worked as a hack for Sony-released download titles by stripping the DRM, but it sounds like OE-B is the real deal here. Sure looks like those PSP fanboys are going to be having some happy holidays this year. Keep reading to spy an incredibly blurry vid of the hack in action.

In this article: dark_alex, emulator, oe-b, psp, psx
All products recommended by Engadget are selected by our editorial team, independent of our parent company. Some of our stories include affiliate links. If you buy something through one of these links, we may earn an affiliate commission.