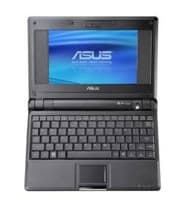 While we're certain Linux fans will continue to pore over every aspect of the Eee's Xandros distro to make sure Asus remains in compliance with the GPL, it looks like the company is doing its best to make amends by posting the source to the Asus_ACPI module that kicked off the controversy in the first place. The module's code was not originally included in the 1.8GB source .zip Asus had made available, but it's now chilling out on Asus' public FTP server -- we're certain three of you are absolutely thrilled.

In this article: asus, eee, eee pc, EeePc, open source, OpenSource
All products recommended by Engadget are selected by our editorial team, independent of our parent company. Some of our stories include affiliate links. If you buy something through one of these links, we may earn an affiliate commission.
Share
Tweet
Share