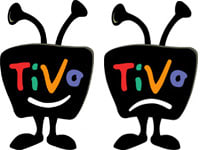 The long-running dispute between TiVo and EchoStar inched a little closer to resolution today, with the United States Patent Office issuing a non-appealable ruling saying that TiVo's DVR-enabling "time warp" patent is valid. You might remember that TiVo sued EchoStar for violating that patent in Dish Network DVRs at the beginning of 2006, and won a $90M judgment and an injunction requiring EchoStar to turn off existing DVR functionality and stop selling DVRs in the future. That injunction was then stayed pending EchoStar's appeals before the Patent Office and the Federal Court of Appeals, so sadly, this ruling doesn't mean the case is over yet -- now it's the Court of Appeals' turn to try and sort this out.

Disclaimer: Although this post was written by an attorney, it is not to constitute legal advice or analysis and should not be taken as such.

In this article: dvr, echostar, time warp, TimeWarp, tivo
All products recommended by Engadget are selected by our editorial team, independent of our parent company. Some of our stories include affiliate links. If you buy something through one of these links, we may earn an affiliate commission.
Share
Tweet
Share