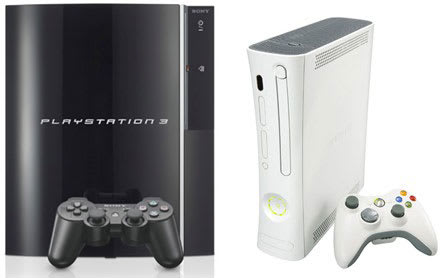 Things have been relatively quiet on the Xbox 360 price-cut front as of late, but EEDAR analyst Jesse Divnich has now thankfully come through and stirred the pot a bit, saying that he thinks Microsoft is set to make an announcement about a price cut at E3 this July. That, he says, would be in response to the PlayStation 3's steady growth, which he expects to continue to out pace the 360, aided in no small part by exclusive titles like Metal Gear Solid 4. As if that wasn't enough speculation for you, Divnich further goes on to say that if Microsoft does in fact cut the price of the 360, Sony would likely follow suit with a price cut of its own within two months.

[Via Joystiq, thanks Jerry]
In this article: playstation 3, Playstation3, price cut, price drop, PriceCut, PriceDrop, ps3, xbox, xbox 360, Xbox360
All products recommended by Engadget are selected by our editorial team, independent of our parent company. Some of our stories include affiliate links. If you buy something through one of these links, we may earn an affiliate commission.
Share
Tweet
Share