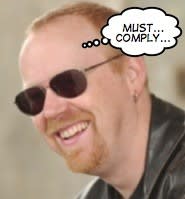 It's no secret that RFID isn't the most secure thing in the world, so we mostly took Adam Savage's story about Discovery telling the Mythbusters to back off an episode exposing the tech's flaws after a conference call with various cred card company lawyers as a bit of laughable corporate insecurity, but it looks like Adam got himself in a bit of trouble by sharing -- Discovery's now sending out a release in which he basically retracts the whole thing. "There's been a lot of talk about this RFID thing, and I have to admit that I got some of my facts wrong... Texas Instruments' account of their call with Grant and our producer is factually correct [and] the decision not to continue on with the RFID story was made by our production company, Beyond Productions, and had nothing to do with Discovery, or their ad sales department." Sure, that doesn't explain why he said that Tory "still gets a little white" when he remembers the phone call, or why he said RFID was "on Discovery's radar," but we're guessing it has more to do with simple exaggeration than devious conspiracy. At least we hope so.

In this article: adam savage, AdamSavage, mythbusters, rfid, rfid hack, rfid security, RfidHack, RfidSecurity, security
All products recommended by Engadget are selected by our editorial team, independent of our parent company. Some of our stories include affiliate links. If you buy something through one of these links, we may earn an affiliate commission.