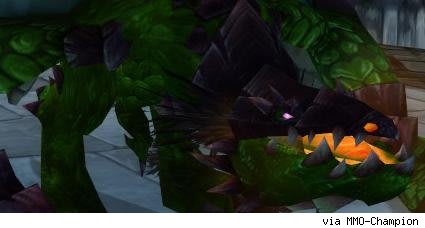 Welcome back to The Queue, WoW Insider's daily Q&A column where the WoW Insider team answers your questions about the World of Warcraft.

Since you all need to sit through an extended maintenance today, we're going to have an extended version of The Queue! Well, a little. I guess about two more questions than usual. Or just one, really. Actually, I'm not sure it's extended at all. Maybe if you read through it twice? Yeah, let's do that. Just read it twice, that works.

Do Death Knight enchants (rune enchant) stack with regular weapon enchants? If not what would be the best choice rune or regular enchant?


No, Death Knights can only use their Runeforging or an Enchanter's enchant, not both. Runeforging is intended to be better for the Death Knight than enchantments since it's one of their core abilities, so just stick with that. From what I hear, Fallen Crusader is by far the way to go at 70+ unless you're in the tank seat.

How can I raise my rep with the other factions within the Horde Expedition? I completed all the quests I could find for the Taunka and the Hand of Vengeance, and I know if I don't wear a specific tabard, I will get Warsong Offensive rep.

Without a tabard, you'll get Horde Expedition rep. Only that primary faction matters, and the three or four factions within it are largely meaningless. I don't know why they chose to do it this way, but they did. Those sub-reputations have no rewards, no quartermasters, nothing like that. The only benefit to raising them individually is a discount on vendors. Horde Expedition is all that matters. We talked about that a little more in a recent Wrath 101 post, if you're interesting.

What're the easiest ways for a casual player that isn't interested in running instances (lack of time) to solo get a proto-drake mount? Don't care about the color. Just love the look of those beasts.

Instances aren't the time investment they used to be, so if you can do a couple of quests per day, you can run an instance. But you can get a lot of the proto-drake mounts solo, so it's no biggie. Our readers suggested a few different ways yesterday, so I suggest reading through that. I personally think the simplest way is to use the Mysterious Egg from the Oracles in Sholazar Basin. It's a rare 'drop' from the egg, but after purchasing it you simply need to leave the egg in your inventory for a week. You don't even need to log in for that week. Just buy it, let it sit, check on it later to see what it turned into. No proto-drake? Buy another one.

Is it just me, or do the professions seem unfinished? A handful of transmutes to get alch from the low 400s to 450, and a discovery once a week. Cooking 450? What needs 450 to cook?

Alchemy and Cooking were a bit like that in The Burning Crusade, the final stretch of the former took a bunch of transmutes and the latter had very little reason to hit 375. In Wrath, all of the professions are a bit like that which makes me think they're going to release recipes a little more gradually, adding things in content patches beyond raid recipes.

Maybe when they use the Silver Covenant and the Sunreavers, they'll add a bunch of new recipes too? I'm not sure they feel 'unfinished' because they have all of the needed essentials like stuff to level on, epics, high-end gear, profession-unique benefits, etc. I think they feel like there will be more, which is different than unfinished... or maybe not. Semantics for the win?

What happened to the small damage addition that was supposed to be added to Faerie Fire (Feral)? Was it in the beta at all? It would be really useful for "tagging" mobs.

As readers have said, they added it to Bearform, but that's all. Cats don't really need something like that, especially considering if you're in a tap sensitive area you can just push Moonfire to snag that named mob and then shift. It's not the perfect solution to people who like playing in Catform, and I understand that, I just mean you have options already.

Bearform received it because adding a damage component has other benefits, similar to the reasons they're added a damage component to the new Paladin taunt they're getting in a future patch. One big benefit is that damage will break Crowd Control at range, which is something neither of them really had in their tank forms, and shifting out of your tank form while tanking is just a little more dangerous than hitting Moonfire if you were in Catform. Being able to break that Sap in a dungeon and pull the mob back without needing to run up into the danger zone and thwack it over the head is very, very nice.

Speaking of tradeskills, have you heard anything about a Brilliant Glass style design for jewelcrafters? Or am I just going to have to prospect dozens of stacks of ore and keep my fingers crossed for blue-quality gems?

We haven't heard anything about that, but Brilliant Glass was largely their Burning Crusade answer to the uselessness of green gems. Nobody wanted them for anything. I think they're trying something different, giving green gems the chance to be perfect cuts. If that doesn't help anything in the long run, I bet we'll see Brilliant Glass 2.0 in a content patch, but they probably want to see how Wrath's market plays out first. For now, start prospecting.

Have questions about the World of Warcraft? The WoW Insider crew is here with The Queue, our daily Q&A column! Leave your questions in the comments and we'll do our best to answer 'em!
In this article: bearform, brilliant-glass, catform, enchanting, faerie-fire, fallen-crusader, featured, horde-expedition, moonfire, mysterious-egg, oracles, proto-drake, reputation, runeforging, sap, sholazar-basin, silver-covenant, sunreavers, tweet-this
All products recommended by Engadget are selected by our editorial team, independent of our parent company. Some of our stories include affiliate links. If you buy something through one of these links, we may earn an affiliate commission.
Share
Tweet
Share
Save