Donna Dubinsky steps down from Palm's board, Rajiv Dutta steps in

Donna Dubinsky steps down from Palm's board, Rajiv Dutta steps in 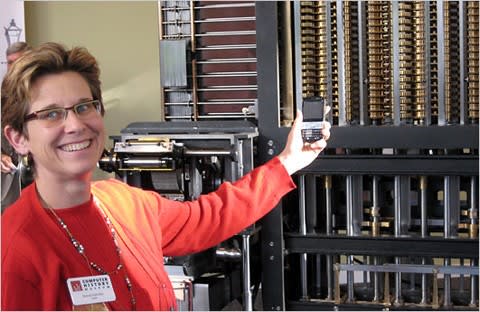 Courtesy of Palm's most recent 8-K filing, the general public is being informed that Palm's former CEO Donna Dubinsky (pictured) is stepping down from the firm's board. If you'll recall, Elevation Partners decided that it would fork over another $100 million in order to help Palm stun the world and reinvigorate itself at CES this year, and as part of that agreement, Elevation "has the right to designate an additional director for election to the Company's Board of Directors." In light of the board wishing to maintain its current size, Ms. Dubinsky freely offered to resign her spot immediately, and at least officially, her decision was not made due to any disagreement with Palm. We're also told that Elevation has designated Rajiv Dutta -- who retired as President of eBay Marketplaces and Executive VP of eBay last October -- for election to the company's board, and said board is expected to meet shortly to consider both the resignation offer and Mr. Dutta's appointment.

[Via PalmInfoCenter, image courtesy of NY Times]
In this article: Donna Dubinsky, DonnaDubinsky, exec, palm, Rajiv Dutta, RajivDutta
All products recommended by Engadget are selected by our editorial team, independent of our parent company. Some of our stories include affiliate links. If you buy something through one of these links, we may earn an affiliate commission.
Share
Tweet
Share