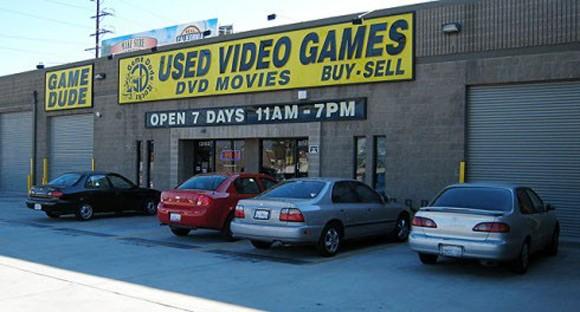 Joystiq LGJ columnist Mark Methenitis has written a piece analyzing the claims posited earlier this week by Kotaku surrounding the legality of GameStop's employee "checkout policy" and found that, in his professional opinion, the illegality of this practice may be in question for a variety of reasons. The main question at hand: Is GameStop deceiving customers who purchase employee-played (read: "used") games as new? His answer: Much like most legal matters, it really depends.

Depends on what, you ask? For one, Methenitis says games sold at GameStop as new where, "the disc, packaging, or other materials are damaged in any way, or if one-time use download codes are used" could be "a deceptive act." The problem with minutiae such as this, he says, is that damages are so small (monetarily speaking) that a lawsuit would be ineffective in court. Furthermore, he says that laws put in place to protect consumers from used vs. new item fraud are often based on products that degrade rather than "nebulous" products like DVD discs and, to a greater extent, cartridge-based games (such as Nintendo DS titles).

With legal ambiguities surrounding this issue, we'd simply suggest buying used titles from your friendly, online click-and-order retailer in the meantime, rather than contributing to billions of dollars in used game sales at your own and other gamers' expense.
In this article: cartridge, check-out, dvd, gamestop, kotaku, legal, lgj, mark-methenitis, nintendo-ds
All products recommended by Engadget are selected by our editorial team, independent of our parent company. Some of our stories include affiliate links. If you buy something through one of these links, we may earn an affiliate commission.
Share
Tweet
Share