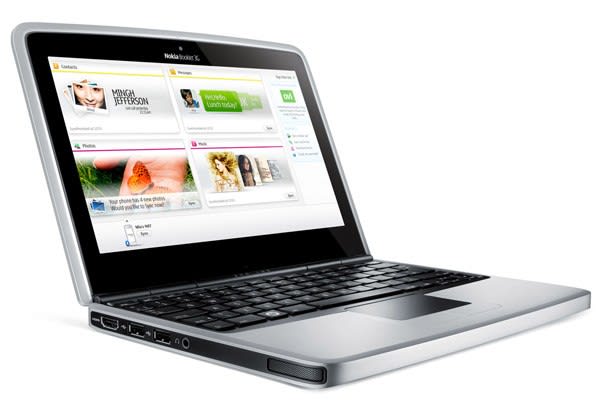 
Few tech giants have circled each other as intently over the past decade as Microsoft and Nokia -- Big PC vs. Big Handset, not quite direct competitors but hardly partners, and only occasionally backing common initiatives such as DLNA.

But this year there have been signs that relations between the two companies have been thawing -- the Finnish tundra's warmed to the Seattle rain. In March, Nokia announced that it would support Microsoft's Silverlight on its S60 handsets. And earlier this month, the two companies announced a "global alliance" that will begin with Microsoft porting Mobile Office to Symbian in order to compete more effectively against fast-growing Research in Motion.

Just weeks after that announcement, however, both companies have made moves in each other's space that show they're willing to break with longstanding positions in order to capture a share of the other's opportunity.


This week, Nokia announced that it would release its first PC, the 10-inch Booklet netbook, touting up to 12 hours of battery life. And on the same day, Microsoft announced the OneApp platform, a kind of on-device portal that will allow featurephones to have lightweight apps that answer some of the functionality of smartphones.

OneApp programs live partially in the cloud, and can help with on-the-go tasks such as social networking status updates, RSS feed updates, health monitoring, and the kinds of news, weather, sports and stock updates that are often associated with widgets. An initiative from Microsoft's Unlimited Potential group, OneApp is targeted at emerging markets for the short-term, but will likely spread to more mature wireless economies.

Both of this week's post-alliance moves by Nokia and Microsoft are far more than a response to the other, but they both serve to change the dynamics between the two companies. For Nokia, moving into the netbook space represents the realization that laptops are becoming a more important part of the wireless landscape, particularly as they become part of carriers' portfolios. Strikingly, while Nokia had two mobile operating systems at its disposal, including Maemo, which is designed for "PC-like" experiences, it opted to go the traditional route with Windows 7. This reinforces Microsoft's increasingly dominant position in has in the mobile computing landscape -- if a device looks like a Windows PC, consumers expect it to act like one.

But even as Nokia had to concede weaknesses in its favored mobile operating systems, so did Microsoft, as Windows Mobile is beyond the capabilities of most feature phones and Windows Mobile 7 will require ever more advanced hardware if it is to eventually answer the iPhone. OneApp is not the first time Microsoft has reached out to the low end of the mobile sphere; more than a decade ago, the company announced a microbrowser for accessing mobile Web sites. But this time, Microsoft has also had to play on the platform of an old rival standard in Java, a technology that has been included in millions of phones from Nokia and others. As more operators deploy OneApp, it will provide Microsoft a new opportunity beyond its Live services to influence the mobile user experience at the low end of the market.

Even before 4G speeds up wireless data, the opportunities it will provide are accelerating competition to a point where even industry leaders can no longer hang on to legacy and loyalties. If this month has taught us anything, it's that Microsoft and Nokia are both determined to play across the full array of mobile devices whether they engage each other with handshakes or hand grenades.

Ross Rubin is director of industry analysis for consumer technology at market research and analysis firm The NPD Group. Views expressed in Switched On are his own.
In this article: Booklet, column, columns, coopetition, featured, features, Microsoft, Nokia, OneApp, Switched On, SwitchedOn
All products recommended by Engadget are selected by our editorial team, independent of our parent company. Some of our stories include affiliate links. If you buy something through one of these links, we may earn an affiliate commission.
Share
Tweet
Share