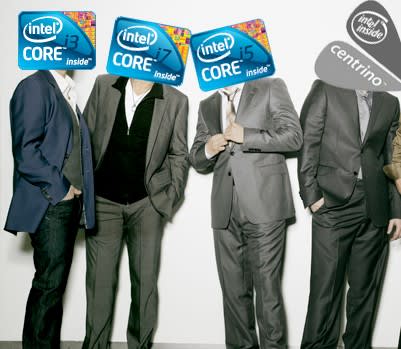 Well, Intel hasn't exactly been making many secrets about its latest cadre of processors, and at least a few of them already seem to be shipping in some parts of the world, but it now looks like things could soon be about to get a whole lot more official. According to DigiTimes, Intel is set to announce its new Core i5-750, Core i7-860 and Core i7-870 CPUs (and the P55 chipset to go along with 'em) on September 8th, which is almost right in line with some of the earliest rumors on the matter. Details are otherwise a bit light, although DigiTimes' "sources" estimate that P55-based motherboards could account for as much as 20% of total motherboard shipments by the end of 2009.
In this article: core i5, core i5-750, core i7, core i7-860, core i7-870, CoreI5, CoreI5-750, CoreI7, CoreI7-860, CoreI7-870, cpu, intel, p55, processors
All products recommended by Engadget are selected by our editorial team, independent of our parent company. Some of our stories include affiliate links. If you buy something through one of these links, we may earn an affiliate commission.
Share
Tweet
Share
Save