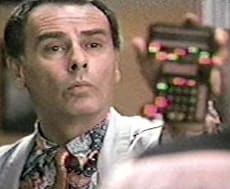 Today's dose of overly ambitious tech research comes from the physics lab over at the University of Illinois at Urbana-Champaign, in a proposal titled "Digital quantum batteries: Energy and information storage in nano vacuum tube arrays." It's like a who's who of undelivered promises got together and united to form one giant and impossible dream, but it's one we'd prefer to believe in regardless. Aiming to improve battery performance by "orders of magnitude," the project's fundamental premise is that when capacitors -- and we're talking billions of them -- are taken to a small enough scale and packed to within 10nm of one another, quantum effects act to prevent energy loss. The projected result is a wonderful world of rapid recharges and storage of up to ten times the energy current lithium-ion packs can hold, as well as the potential for data retention. The only problem? It would take a year just to build a prototype, meaning we can expect market availability somewhere between a score from now and just prior to the underworld morphing into an ice rink.

Via: MIT Technology Review
Source: University of Illinois at Urbana-Champaign
In this article: batteries, battery, battery life, BatteryLife, capacitors, nano vacuum tubes, nanoscale, nanotechnology, nanotube, nanotubes, NanoVacuumTubes, quantum, quantum physics, QuantumPhysics, science, university, University of Illinois at Urbana-Champaign, UniversityOfIllinoisAtUrbana-champaign, vacuum tubes, VacuumTubes
All products recommended by Engadget are selected by our editorial team, independent of our parent company. Some of our stories include affiliate links. If you buy something through one of these links, we may earn an affiliate commission.
Share
Tweet
Share
Save