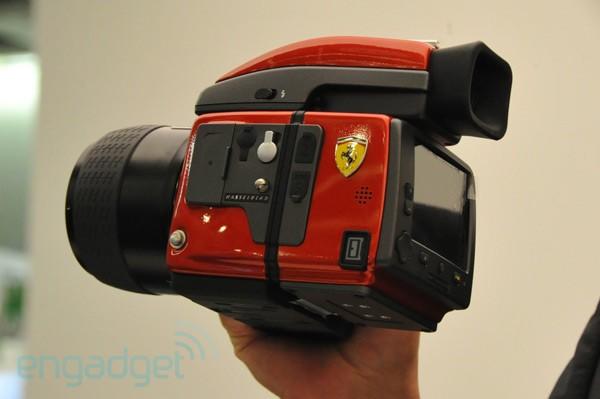 The big news out of Hasselblad this morning was the new entry(ish)-level H4D-31 at just under €10,000, with the CFV-50 adding yet another option in the higher-than-high-end category. But what really caught our eye was the flashy red version that popped up just as the press conference was concluding. We were told that Hasselblad had teamed with Ferrari in order to create a limited run of Ferrari-branded H4D medium format cameras, and the model on-hand had just received approval from Ferrari's paint squad yesterday. Yeah, it's like that. As for detailed specs? Fuhgetaboutit. And as for pricing? "You'll have to speak with Ferrari on that" was that line that we were fed. Only 499 of these beauties will ever be produced, and czars you never knew existed are phoning in their orders from the Seychelles right now. But hey, at least we had our camera (a lowly D3S) ready when it was unlocked from its carbon fiber box for a grand total of 30 seconds, right? Indulge yourself below -- but don't go getting too cocky, okay? 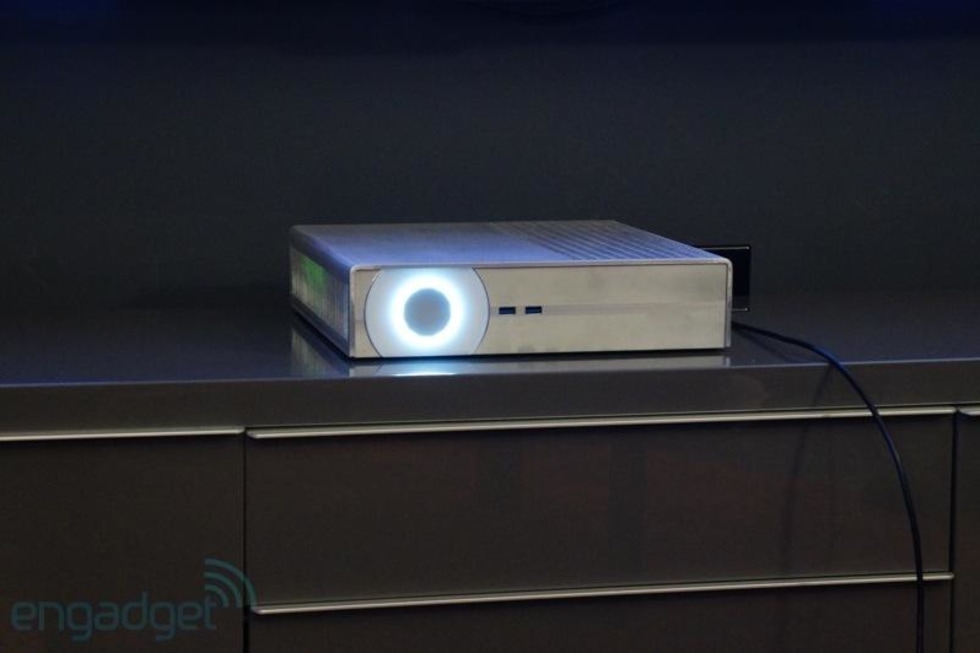 22/09/2010 Two worldwide renowned companies born from the passion of two men now collaborate in the creation of the H4D Ferrari, a limited edition of Hasselblad's latest flagship camera. This brand new model is dedicated to the new generation of photographers looking for the ultimate image quality, and will be produced in 499 units. A winning combination, the Hasselblad H4D Ferrari Limited Edition camera will have appeal to Ferrari and Hasselblad fans who appreciate the innovation, quality and design that symbolize both brands.

The H4D Ferrari Limited Edition is finished in Ferrari's unique color "rosso fuoco", and bears the legendary Racing Shield. The camera, which comes with an 80mm lens, is presented in an exclusively designed and engineered box with a glass top equally labeled with the distinctive Ferrari Racing Shield. Dual layers, one for the camera, with the lens and accessories housed in a separate lower level, are lined with a soft and rich material. This striking case is housed in a special handmade case and therefore is ideal for both storage and display.

Dr. Larry Hansen, chairman and CEO of Hasselblad: "I am proud of the company's achievements since the introduction of the newest generation of Hasselblad cameras, the H4 series, and feel very honored to be able to celebrate our success together with such a precious brand."

For more than 6 decades Ferrari as well as Hasselblad are renowned for technological innovative solutions, passion for excellence and an extraordinary sense of style. Based upon that mutual and absorbing passion, Ferrari and Hasselblad partner in the launch of this new generation of H4 cameras.

Catch a first glance of the striking red camera model at the Hasselblad photokina booth from September 22, 12:00am where it will be displayed for all intrigued visitors. The showcase will be located at the specially designed car stage, where renowned car photographers Guenther Raupp and Roberto Bigano will perform 30-minutes Master Classes demonstrating their set-up and shooting techniques.

For Ferrari enthusiasts striving to produce images at top speed, the brand new Phocus Quick software by Hasselblad that simply sidesteps any kind of complex postproduction will turn out to be the perfect tool to "strike home".

Further information to be released in October 2010.

In this article: expensive, ferrari, H4D, hands-on, Hasselblad, limited edition, LimitedEdition, luxury, medium format, MediumFormat, photokina, photokina 2010, Photokina2010
All products recommended by Engadget are selected by our editorial team, independent of our parent company. Some of our stories include affiliate links. If you buy something through one of these links, we may earn an affiliate commission.