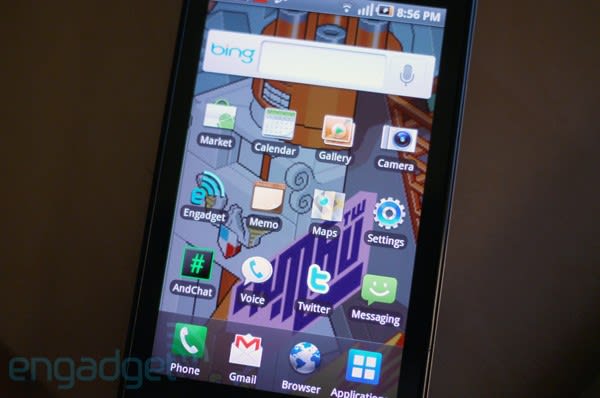 There's a rumor going around today that Verizon is stripping Google services out of its Android devices going forward in favor of their Bing equivalents (much the same way that AT&T has gone with Yahoo on some phones), but the company says this afternoon that it's simply false:

"...that is not true. We have a relationship with Microsoft and Bing is the search engine on our multi-media phones but we have never said it would be exclusive on all of our devices."

We think the wording here is pretty important: "on our multi-media phones." We take this to mean that Verizon's looking at using Bing on its high-end featurephones and its midrange smartphones, possibly keeping the end-to-end Google experience exclusive to its cream of the crop -- which would also explain why the recently-launched Fascinate didn't get the coveted Droid brand as a part of its name.

On a related note, we're hearing from a tipster today that an upcoming low-end Android device for Verizon from LG is loaded with Bing services, which strengthens the case -- it looks like Bing is the "cheap" experience for Big Red right now. We've gotta admit, we're wondering how Microsoft feels about that positioning.

Update: Microsoft is basically corroborating Verizon's statement, saying that "the deal for Verizon Android devices is not exclusive."

Update 2: Verizon is additionally saying that Google's revamped search box that includes its new voice action capabilities will be available for download once the Fascinate hits Android 2.2 -- in other words, they're not explicitly blocking Google services from being installed on the device. Of course, that doesn't solve the root problem, which is that Bing is baked into the shipping ROM -- but it's something, we suppose.

Source: The Droid Guy
Coverage: CNET, Electronista
In this article: android, bing, google, search, verizon, verizon wireless, VerizonWireless, vzw
All products recommended by Engadget are selected by our editorial team, independent of our parent company. Some of our stories include affiliate links. If you buy something through one of these links, we may earn an affiliate commission.
Share
Tweet
Share