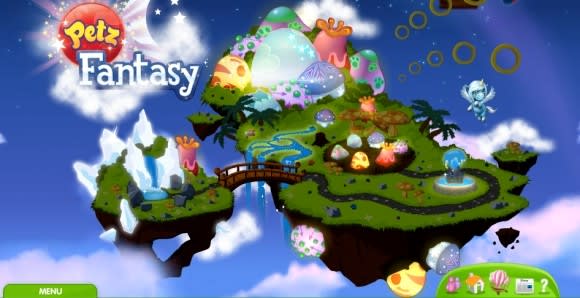 Several MMOs, such as Free Realms, flirt with the concept of virtual pet ownership and conditioning, but it looks like Ubisoft is ready for a full-fledged commitment to the concept with Petz World. Gamasutra reported that Firma Studio is developing the free-to-play MMO, which will be published by Ubisoft in 2011.

Based on the popular Dogz and Catz virtual pet simulators that date all the way back to the stone age of the internet (1995!), Petz has since expanded the franchise to include a wide variety of animals including hamsters, tigers and horses. In these games, players "adopt" a virtual pet of their choice, provide for their needs, and train their behavior through repeated actions. Repeated actions -- that sounds right up an MMO's alley, doesn't it?

Ubisoft hopes that Petz World will bring parents and children closer together through the gameplay. The MMO will involve a large variety of collecting, achievements and unlockables as players scour the world for cool pets and conquer special challenges. Ubisoft's Chris Early thinks there's enough to appeal to a wide demographic: "This game is a unique way for children and parents to play games together."

This is the latest move by the publisher to expand into the casual MMO landscape, following other titles like Might and Magic: Heroes Kingdoms.
In this article: catz, chris-early, doggies, dogz, dogz-and-catz-living-together-mass-hysteria, firma-studios, free-realms, gamasutra, horsies, kitties, might-and-magic-heroes-kingdoms, pet-simulator, petz, petz-fantasy, petz-world, ubisoft, Ubisoft-Montreal, virtual-pet
All products recommended by Engadget are selected by our editorial team, independent of our parent company. Some of our stories include affiliate links. If you buy something through one of these links, we may earn an affiliate commission.
Share
Tweet
Share