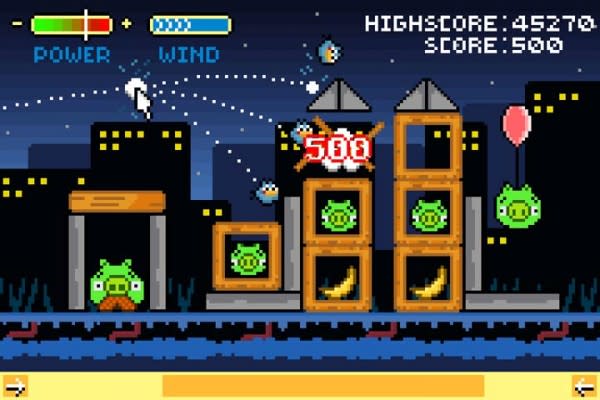 And yet the pigs go marching on. Rovio's Angry Birds is just over a year old now, and in that time it's racked up 50 million in downloads, with 10 million of those from Android. An impressive number in its own right, and that puts it in a very elite group of gaming franchises that counts Bejeweled (50m) and Legend of Zelda (59m) among its members. (Membership includes fancy jackets and fezzes.) Our guess is that includes the iOS "Lite" version, which does downplay the milestone, but with new versions coming to PC, Mac, and the big three game consoles still on stores shelves -- as well as a sequel -- we doubt that asterisk will matter for long. Watch your ever-propagating back, Tetris.

[Image Credit: Penney Design via Gizmodo]
Source: TechCrunch
Coverage: List of best-selling gaming franchises (Wikipedia)
In this article: angry birds, AngryBirds, million, millions, rovio, sales
All products recommended by Engadget are selected by our editorial team, independent of our parent company. Some of our stories include affiliate links. If you buy something through one of these links, we may earn an affiliate commission.
Share
Tweet
Share
Save