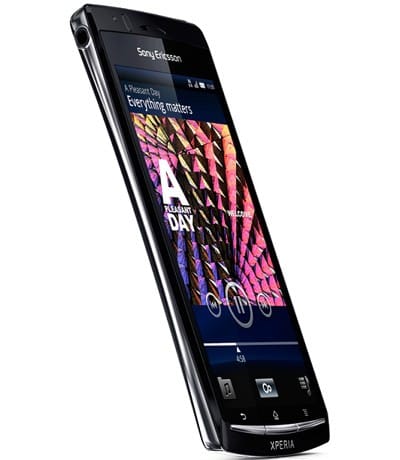 The Xperia Arc is one pretty slice of Gingerbread, don't you think? We certainly did when we got the chance to handle one for ourselves at CES, but today we're less concerned with its exterior and more interested in what lies beneath. The 1GHz processor we knew about already has been specified as a Qualcomm MSM8255 and will be joined in the good fight against sluggish performance by an Adreno 205 graphics chip. On the software front, that random sighting of an Arc with Android 2.4 has been put down as a simple "misconfiguration" by Sony Ericsson, exploding a million conspiracy theories around the web. One encouraging note here is that SE (kinda) acknowledges its inglorious record with Android updates and promises recent changes have put it in "a good position to make sure that Xperia Arc will get later versions in a timely manner." We'll believe it when you make it, Sony.
Source: Sony Ericsson Product Blog
In this article: adreno, adreno 205, Adreno205, android, android 2.3, android 2.4, Android2.3, Android2.4, arc, error, gingerbread, misconfiguration, mistake, msm8255, qualcomm, sony ericsson, SonyEricsson, specs, video, xperia, xperia arc, XperiaArc
All products recommended by Engadget are selected by our editorial team, independent of our parent company. Some of our stories include affiliate links. If you buy something through one of these links, we may earn an affiliate commission.
Share
Tweet
Share
Save