Uber's SVP of engineering resigns amid allegations of sexual harassment

Google's new head of search is an AI research leader 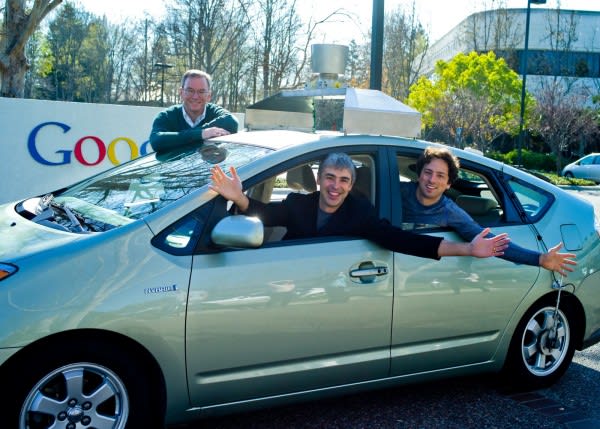 Now that the dust has settled from the Google CEO shuffle that will see Larry Page take the top spot from Eric Schmidt in April, it's time for the profiles of the company to hit -- and Bloomberg BusinessWeek is up first with a piece that examines the company's past and future challenges, as well the key leaders of what it calls "Google 3.0": Vic Gundotra, who's heading up a now-not-so-secret social networking initiative called Google +1, Android chief Andy Rubin, YouTube head Salar Kamangar, advertising lead Susan Wojcicki, Chrome head Sundar Pichai, and search leads Udi Manber and Amit Singhal. It's all very fascinating, and it includes some great anecdotes, like Vic Gundotra and Phil Schiller getting into an argument about user location-tracking so heated that Eric Schmidt and Steve Jobs had to intervene. Yeah, it's like that.

Speaking of Eric Schmidt, he was in Davos this week, and he had some choice words for reporters on Google's competition -- and it's not Facebook. "Microsoft has more cash, more engineers, more global reach. We see competition from Microsoft every day," says Eric, while Facebook "has clearly stated they don't want to get into the search business. Facebook users tend to use Google search." As for Apple, he gave the usual line about both partnering with and competing with Cupertino, while taking a moment to laud Steve Jobs as "the most successful CEO in the world anywhere," who's built an "elegant, scalable, closed system" while "Google is attempting to do something with a completely different approach." Spoken like a true frenemy, we suppose. Check out the source links to read both pieces.
Source: Bloomberg Businessweek, Fortune
In this article: amit singhal, AmitSinghal, andy rubin, AndyRubin, apple, ceo, eric schmidt, EricSchmidt, facebook, google, larry page, LarryPage, management, microsoft, profile, salar kamangar, SalarKamangar, sergey brin, SergeyBrin, Sundar Pichai, SundarPichai, susan wojcicki, SusanWojcicki, udi manber, UdiManber, vic gundotra, VicGundotra
All products recommended by Engadget are selected by our editorial team, independent of our parent company. Some of our stories include affiliate links. If you buy something through one of these links, we may earn an affiliate commission.
Share
Tweet
Share