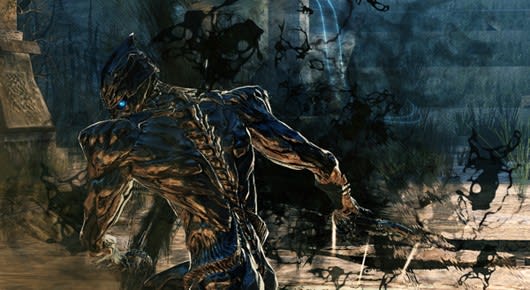 How would you like a bit of PvP, a new town, and new transformations to go along with your Vindictus dungeon-crawling? Nexon's newest update for the free-to-play actioner is coming later this month, and in addition to adding the town of Rocheste, the patch will also add a PvP system to the game.

The update, titled Rocheste Royal Cadets, will enable dungeon-based PvP via friend challenges and is the first of seven planned PvP-centric patches in the works. This month's update also brings a new storyline to Vindictus as well as a transformation ability that lets you choose the path of the Paladin or that of the Dark Knight. There's also a new bad guy in town, and as you might surmise from his name, Black Hammer carries a giant warhammer.

Finally, the Rocheste Royal Cadets update will add three new expertise skills: tailoring, armorsmithing, and goldsmithing. Check out all the upcoming goodies in a new video after the break.

Source: G4TV
In this article: armorsmithing, black-hammer, dungeon-pvp, dungeons, f2p, free-to-play, goldsmithing, nexon, pvp, rocheste, rocheste-royal-cadets, tailoring, update, video, vindictus
All products recommended by Engadget are selected by our editorial team, independent of our parent company. Some of our stories include affiliate links. If you buy something through one of these links, we may earn an affiliate commission.
Share
Tweet
Share
Save