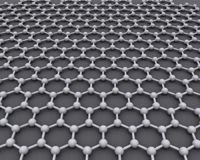 IBM might be cautious about touting graphene as a a silicon killer, but that hasn't stopped it from pushing the production of ever faster graphene transistors. With the recent demonstration of a 155GHz graphene transistor, the firm successfully outdid its previous record-setting efforts, which produced a cut-off frequency of 100GHz. What's more, the thing is also IBM's smallest to date, with a gate length of 40 nanometers; that's 200 nanometers less than the 100GHz iteration. This smaller, faster transistor was produced as part of a DARPA research project that aims to develop high-performance RF (radio frequency) transistors. So, no, we probably won't be seeing the things in our PCs anytime soon, but it looks like they could be right at home in war machines of the future.