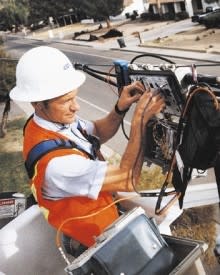 Cox Communications had some grand designs on the cellular market, but they're not panning out quite as the company planned -- FierceWireless reports that though Cox already poured cash into rolling out 3G equipment, it's going to scrap the whole thing, in favor of continuing to pay Sprint for borrowed airtime. Cellular service in the original three launch markets will reportedly continue, though a quick peek at Cox's website shows the current phone selection is getting a bit stagnant. While we've yet to hear any particular reasons why Cox would want to stick it out as an MVNO, we imagine that mandatory roaming agreements make it a tad easier to offer those "Unbelievably Fair" contracts. There's also the possibility that with all the 4G fervor, Cox has decided there's no point in moving forward with CDMA equipment when LTE is ripe for the picking -- and when Cox has $304 million worth of 700MHz spectrum waiting for such a network.

Source: FierceWireless
In this article: 3G, cancel, cancelled, CDMA, cellular, Cox, Cox Communications, CoxCommunications, kill, killed, MVNO, network, Sprint
All products recommended by Engadget are selected by our editorial team, independent of our parent company. Some of our stories include affiliate links. If you buy something through one of these links, we may earn an affiliate commission.
Share
Tweet
Share
Save