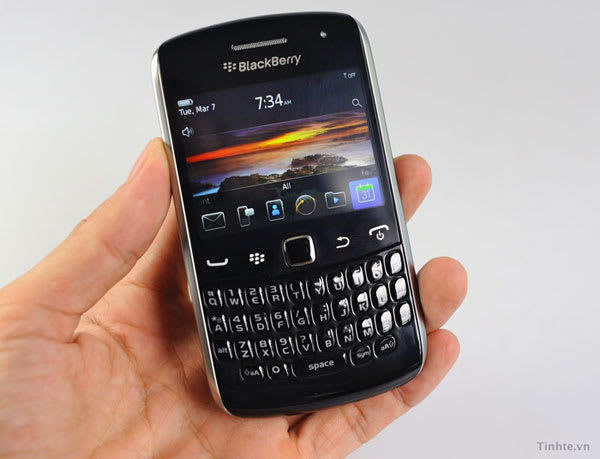 It's not exactly the most exciting device in RIM's pipeline, but the Curve "Apollo" is shaping a solid workhorse of a BlackBerry. The still-unannounced smartphone popped up on Tinh te, with the Vietnamese tech showing off some solid hands-on time with the device, putting it through its paces on video, and ending up genuinely impressed with the aesthetics and speed of the hardware. According to the site the new Curve is 11mm thick (a couple millimeters thinner than the 8900 it's juxtaposed with), packs a 800Mhz Marvell Tavor CPU MG-1 processor, and has a touch-insensitive 480 x 360 screen. Swipe that thumb touchpad after the break for a video tour of the phone, then dig the source link for more close up images.