Wow! BlackBerry just released, and subsequently pulled, an awesome new video (which can be seen in full after the break) showing off its new Torch running BB 7 OS and sporting... an Android home button?! Man, that new Torch looks so awesome, particularly 15 and 27 seconds in, it hardly even looks like a BlackBerry at all. 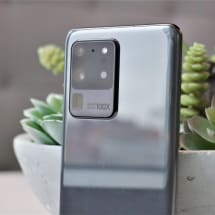