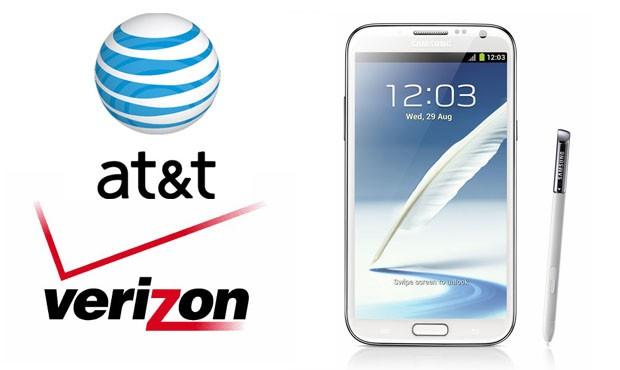 Samsung's Galaxy Note II played coy at first by only hanging out with the European crowd, but now that it's here, it's the life of the US carrier party. The two biggest, AT&T and Verizon, have now glommed the phablet and each are offering it for pre-sale in all its quad-core Exynos, 5.5-inch glory for $300 under a two-year contract. We just handled Verizon's variant, but weren't sure of a sale date, and AT&T's version, which we saw earlier was already expected for pre-order today. When Sprint's copy of the handset arrives later today, that'll round out the Note II's major US carrier dance card -- so you'll be able to grab it at whichever plucks on your heart (or purse) strings.

In this article: att, availability, exynos, exynos 4412, Exynos4412, galaxy, galaxy note II, GalaxyNoteIi, mobilepostcross, pricing, samsung, samsung galaxy note II, samsung sgh-t889, SamsungGalaxyNoteIi, SamsungSgh-t889, two-year contract, Two-yearContract, verizon
All products recommended by Engadget are selected by our editorial team, independent of our parent company. Some of our stories include affiliate links. If you buy something through one of these links, we may earn an affiliate commission.