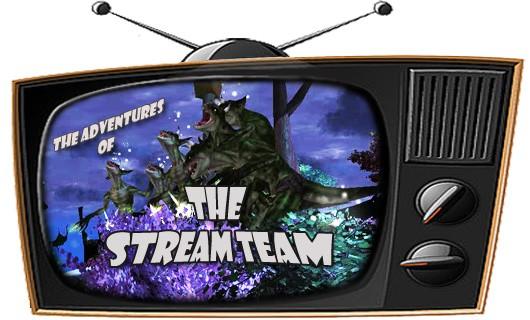 I can't help it... I have Rush on the brain. Not even Sandy and her airport-closing ways could detour me from heading out to see what is possibly the greatest musical trio of all time (I say possibly because I didn't personally hear what was going on back during Aristotle's time!). Anyone who knows me knows I live, breathe, and think music. And that is great music. It didn't matter that my extremities went numb from the cold; it was worth every minute. The energy, the interaction -- nothing can beat that!

It's kind of like Massively TV! Of course the show itself is great, but being there live to watch the antics of The Stream Team and be a part of the audience interaction can't be matched. So to make sure you don't miss any shows, here's the schedule for this week. And to fill that time in between performances, there is also a handy guide for the previous week! Weigh in with your opinion about what music you prefer and what you'd add to games.

5:00 p.m. EST: Beau -- Taikodom
Space shooters are all the rage, what with the dunk step and the large metal music these days. Beau has decided to dive right into this space shooter. Is it the the same game he played a long time ago? How much has it changed? We'll see.

7:00 p.m. EST: Mike -- EVE Online
Mike fires up the old Drake and heads out on some security missions in the hopes of earning some ISK, grinding a bit of rep, and knocking the heck out of some NPC pirates. If you're curious about "questing" in EVE Online, tune in and get a look at what it's like to blow things up for profit. Boom!

7:00 p.m. EST: Jeremy -- Fallen Earth
Join Pennington, a boy and his dog, as he scavenges the wasteland for crafting material and cruises around on his motor bike.

8:30 & 9:30 p.m. EST: MJ -- EverQuest II
EverQuest Two-sday is back at its regular time -- well, sorta. Because it's expansion day, MJ is taking two full hours to wander around and show off Chains of Eternity!

3:30 p.m. EST: Blake -- SMITE
After a week break, Blake is back with Lunchtime Livecast #40! SMITE received a huge patch while Blake was away, and he'll tell you all about it while taking a look at a new god and a new game mode!

7:00 p.m. EST: Mike -- Pirate101
Pirate101, with its kid-friendly approach, colorful characters, and vibrant world, is one of the coolest F2P MMOs released in recent memory. But you don't have to take our word for it -- ride along with Mike as he trolls the high skies in his pirate ship and see for yourself. There will be puns!

8:00 p.m. EST MJ: World of Tanks
You've been asking for it, and now you've got it! And you have to deal with the consequences. How will MJ fare as a tank driver? Your guess is as good as hers!

7:00 & 8:00 a.m. EST: David "Psykopig" Desi -- Champions Online
The adventures of Massively Man continue this Thursday as Psykopig slings the powers chosen by you around to fight crime as best he can! Join in and see all the shiney new things that Champions Online has to offer! Its a two-hour show, so strap yourselves in!

5:00 p.m. EST: MJ -- The Secret World
It's a secret! OK, maybe not really. MJ enjoyed grouping so much last week that she invites you to do it again. Join her and pick where you go this time.

7:00 p.m. EST: Jeremy -- The War Z
The War Z is in beta, and Jeremy has access. Join him on a bone-chilling hunt for energy drinks, flashlights, and hats as he tries to survive in a zombie-infested world.

10:00 & 11:00 a.m. EST: Richie -- Guild Wars 2
Richie is back with some more Tyrian Adventures in Guild Wars 2. You never know what kind of antics he'll be up to, but if you're on the Blackgate server, feel free to join him for this two-hour stream.

7:00 p.m. EST: Jeremy -- Vanguard
Jeremy has been inexplicably fighting miners near Misthaven Crossing and stealing back supplies for the town residents. Who's really the bad guy here? Join Jeremy as he continues his ambiguously ethical questing in Vanguard.

7:00 a.m. EST: David "Psykopig" Desi -- The Secret World
Ring around the rosey, a pocket full of Piggy; livestream, livestream, we all tune in! Creepy enough for you? Well, if that didn't do it for you, tune in this Saturday as Psykopig jumps back into The Secret World and shows you just how creepy an MMO can be!

12:00 p.m. EST: Mike -- ROSE Online
Mike returns to the odd world of ROSE Online, where he hopes to learn some new skills and find a zone that plays more than one song. Can he make it through another hour without going insane? Tune in and find out!

7:00 p.m. EST: Jeremy -- Guild Wars 2
Jeremy's moving his Choose My Adventure to a livestream special. Join him as he plays the way you decided, with the character you chose for him. Join him on Sanctum of Rall and conquer Tyria.

Possibly the one positive part of missing a live performance is not having your view blocked by the spastic drunken air drummer in front of you. Then again, you also miss out on a very amusing story to reminisce with your friends about for the next few years. So for those who prefer viewing uninterrupted by the antics of others, here are all the shows from last week, sans air drummers.

Music certainly tames the savage beast. Or maybe it gets you in the mood to slaughter those savage beasts with reckless abandon! Either way, most games have soundtracks already built in. Do you listen to a game's soundtrack, or do you shut it off in favor of your own tunes?%Poll-78959%
And now for our encore: Since we chose the next new MMO craze, we need a soundtrack for it. Finding a poll just too restrictive (a choice of 1,000+ is frowned upon by management), I decided to just ask you what specific song and/or musician you'd use for the soundtrack of our new Pitfall MMORPG. Share your thoughts below!