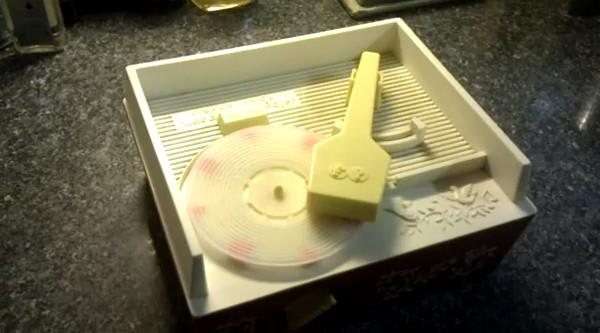 We're still in the relatively early stages of the 3D printer revolution, and as such, it's hard to say just how these devices will play a role in our daily lives. We've seen some really cool toys like turtleshell racers and Weighted Companion Cubes, but what about some everyday products? This 3D printed record keeps the Portal printer theme going by cutting our old pal Jonathan Coulton's "Still Alive" into its grooves. The single was printed over at Shapeways and played on a Fisher-Price record player. Video after jump.

In this article: 3d printer, 3dPrinter, diy, jonathan coulton, JonathanCoulton, portal, printer, still alive, StillAlive
All products recommended by Engadget are selected by our editorial team, independent of our parent company. Some of our stories include affiliate links. If you buy something through one of these links, we may earn an affiliate commission.