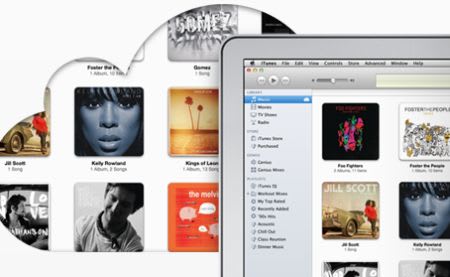 iTunes 10.6.1 is now available in Software Update -- it fixes a few glitches in Apple's ubiquitous music and library app, including several crashing issues, some VoiceOver problems, and an issue where iTunes would freeze up while syncing with the smaller iPod shuffle or nano.

There's also a bugfix for an issue when browsing TV episodes on the Apple TV. Previously, there was a chance they would show up unordered, but this update should make sure that they're much more easy to browse. The update is rather sizable, 130.7 MB, and can be found in Software Update right now.

If you're a developer who uses iTunes Producer to send your content to the iTunes Stores, that app has also been updated. iTunes Producer 2.6 adds some new features. Metadata can be searched and viewed for multiple vendor IDs simultaneously, Send to Apple now lets issues with delivery be annotated with notes and more.

For music, alert tones, customizable territory groupings, and improved user interface for adding and editing translations have been included. For books, publishers can now add the target audience, pre-order start date, and a series display number from "New from file," and more languages are supported.

In this article: app, app store, AppStore, bug, bugs, download, fixes, itunes, itunes producer, ItunesProducer, Mac, software update, SoftwareUpdate, updated
All products recommended by Engadget are selected by our editorial team, independent of our parent company. Some of our stories include affiliate links. If you buy something through one of these links, we may earn an affiliate commission.