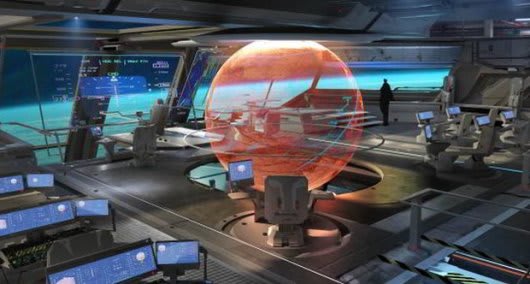 Chris Roberts, the brain behind Wing Commander and Freelancer, announced his return to game development yesterday with a newly launched website*. The site more than hints at an upcoming high-end space sim, giving users a 'golden ticket' to a private showing of Roberts' 'next creation,' scheduled for 10am JST (7am Pacific) on October 10 at GDC Online. Furthermore, Roberts' updated LinkedIn profile lists him as the boss of Cloud Imperium. According to the site, Cloud Imperium launched last year and is "dedicated to high end gaming and anything involving spaceships."

Although Roberts forged a career in Hollywood over the last decade, producing films like The Punisher and Lord of War, his passion clearly remains in the space sims he made across the 90s. His new website's introductory message reveals he left games development because he was frustrated with its technological limits. Roberts' Wing Commander series mixed space combat with high-end cinematics starring the likes of Mark Hamill and John Rhys Davies, and (in retrospect) the disparity between the graphics and video is stark.

Roberts now feels he has the tools to build a world "more satisfying and richer" than any film he could work on. While things have changed much since Roberts' last worked in the industry back in 2003, the return of the man who made one of gaming's most celebrated series is certainly worth keeping an eye on.

*if you're looking for the number code to login, think upon the most important question
Via: VG247
Source: Roberts Space Industries
In this article: chris-roberts, cloud-imperium, freelancer, pc, roberts-space-industries, wing-commander
All products recommended by Engadget are selected by our editorial team, independent of our parent company. Some of our stories include affiliate links. If you buy something through one of these links, we may earn an affiliate commission.