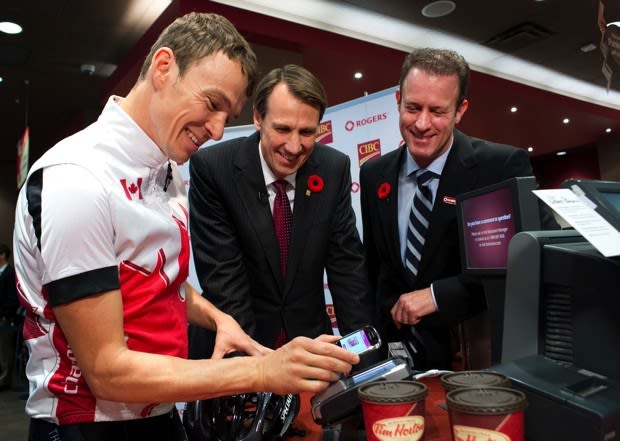 Rogers kicked off Canadian NFC mobile payments at the start of the month through what was mostly a ceremonial gesture -- until the CIBC app arrived, locals simply had to wait. It's at last time try some Suretap mobile shopping now that the CIBC Mobile Payment App has popped up in BlackBerry App World. As promised, the title will let Canucks tap to pay with a credit card (up to $50 at once) at the 17 store chains offering use of a MasterCard PayPass or Visa PayWave terminal. The catch remains the sheer number of conditions that need to be in place: on top of requiring an NFC-aware SIM card, a CIBC credit card and the right stores, the early software only works its magic with the BlackBerry Bold 9900; Curve 9380 support depends on a future update. Having the crucial app is still a step forward, and the handful of trailblazers can always recount tales of buying Timbits with their Bolds while those on other platforms have to sit tight until 2013.

Via: MobileSyrup
Source: BlackBerry App World
In this article: blackberry, bold9900, cibc, curve9380, minipost, MobilePayments, mobilepostcross, mobilepostmini, nfc, paypass, paywave, rim, rogers, suretap
All products recommended by Engadget are selected by our editorial team, independent of our parent company. Some of our stories include affiliate links. If you buy something through one of these links, we may earn an affiliate commission.