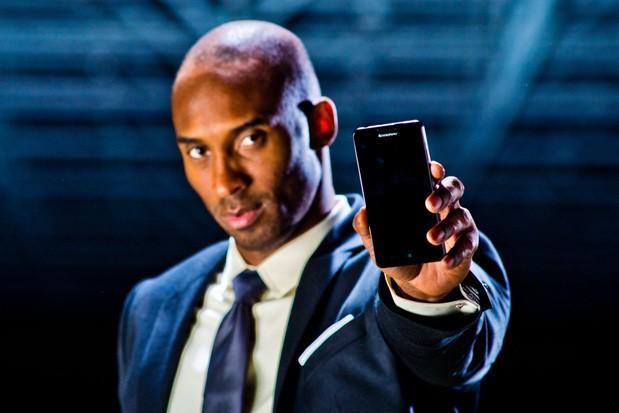 Lenovo sure likes to tease, and apparently so does Kobe Bryant. In a recent "behind the scenes" video of Lenovo's upcoming P780 ad campaign, the NBA star is seen bouncing a basketball around for a while before he eventually starts talking. "Are you prepared for a new style smartphone? Say hello to the Lenovo..."

At that point, the video -- embedded after the break -- awkwardly fades into a still showing Kobe holding the P780, and that's all there. Luckily, more details of this WCDMA device have been trickling out of Sina Weibo since then. Most notably, a few official Lenovo accounts mentioned a 5-inch display (our money's on 720p resolution) and a generous 4,000mAh battery, thus making the P780 a natural progression from the 4.5-inch P770 that came with a 3,500mAh cell. MyDrivers' source also tipped a 9.9mm thickness, along with the presence of "super sensitive touch" technology -- as featured on Nokia's Lumia 820 and Lumia 920, plus Huawei's Ascend Mate and Ascend P2 -- that supports glove and non-capacitive stylus input.

Having gotten up close and personal with a working P780 (photos after the break), Sina Weibo user Lisancha added that said phone features dual-SIM with dual-standby, a quad-core MediaTek chipset (likely the Cortex-A7-based MT6589) and a launch date set for the second-half of May. We're assuming that like many other Lenovo phones, this one may only be made available in China; but we'll be keeping an eye out for its official launch, anyway.

In this article: android, china, kobebryant, lenovo, mobilepostcross, MT6589, p780, phone, video
All products recommended by Engadget are selected by our editorial team, independent of our parent company. Some of our stories include affiliate links. If you buy something through one of these links, we may earn an affiliate commission.