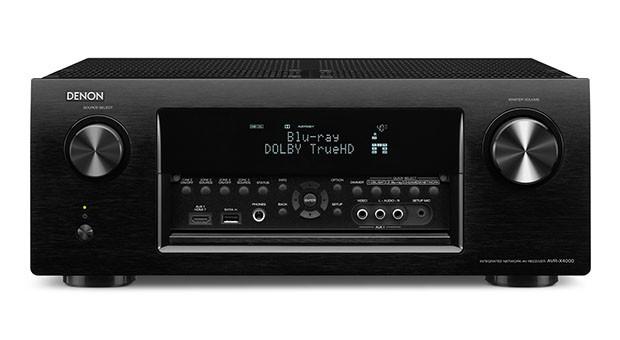 Denon's just added to its lineup of network-capable AV receivers with new IN-command models that bring 4K, streaming and surround sound options aplenty. The flagship model is the $1,300 AVR-X4000, which supports 4K passthrough for the few lucky owners of such sets, along with HDTV to 4K upscaling, Spotify, AirPlay and DNLA 1.5. Other features include 7.2 surround sound output with Audyssey DSX, Dolby Pro Logic IIz or DTS Neo:X encoding, 125 watts of power per channel, seven HDMI inputs and three outputs, a remote control app for iOS, Android or web browsers, home automation compatibility, multi-room control and MP3 audio restoration. The $900 AVR-X3000 and $650 AVR-X2000 pack similar features but dial back the watts, surround sound and decoding capability, while the $450 AVR-X1000 is limited to 1080p output and carries the smallest amp. All the models are now up for grabs, while the copious list of specs can be found at the source.

In this article: 3D, 4K, AirPlay, AVR-X4000, AVReceiver, Denon, hdpostcross, hdpostmini, minipost, Spotify
All products recommended by Engadget are selected by our editorial team, independent of our parent company. Some of our stories include affiliate links. If you buy something through one of these links, we may earn an affiliate commission.