Dual-SIM HTC One with expandable storage comes to the UK

How the HTC One's back cover pops off, China style 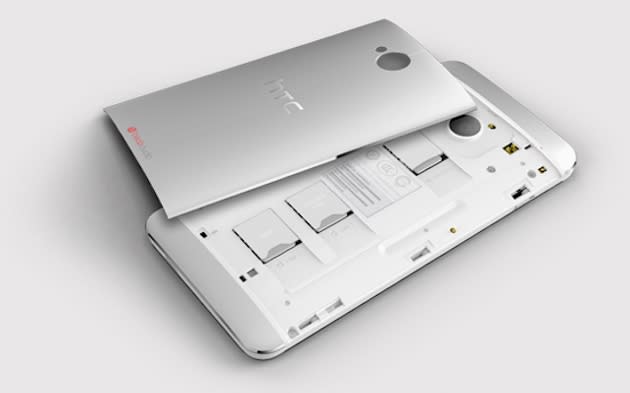 Just days after it unveiled a second gold One, HTC is releasing another variant of its Android flagship in an attempt to boost sales in the UK. Today, the company announced the availability of the HTC One Dual SIM, which you may already know as HTC One 802w. Just like it's Chinese counterpart, the device comes with a removable back for access to dual SIM slots and, more importantly, a microSD slot. That means you can switch between SIMs to receive calls and also fall back on up to 64GB of external storage, should you max-out the One's 32GB of internal storage. The dual-SIM functionality does come at a price, however, as the latest One variant does not support LTE -- otherwise the specs remain unchanged. If you can overlook that, the One Dual SIM is up for pre-order on HTC's official store for £495 ($809), with it likely to head to a "number of networks and retailers" in the near future.

In this article: 802w, android, china, dual sim, htc, htc one, mobilepostcross, smartphone, uk
All products recommended by Engadget are selected by our editorial team, independent of our parent company. Some of our stories include affiliate links. If you buy something through one of these links, we may earn an affiliate commission.