What did the Nintendo 3DS mean to you?

The next 'Detective Pikachu' game is headed to Nintendo Switch 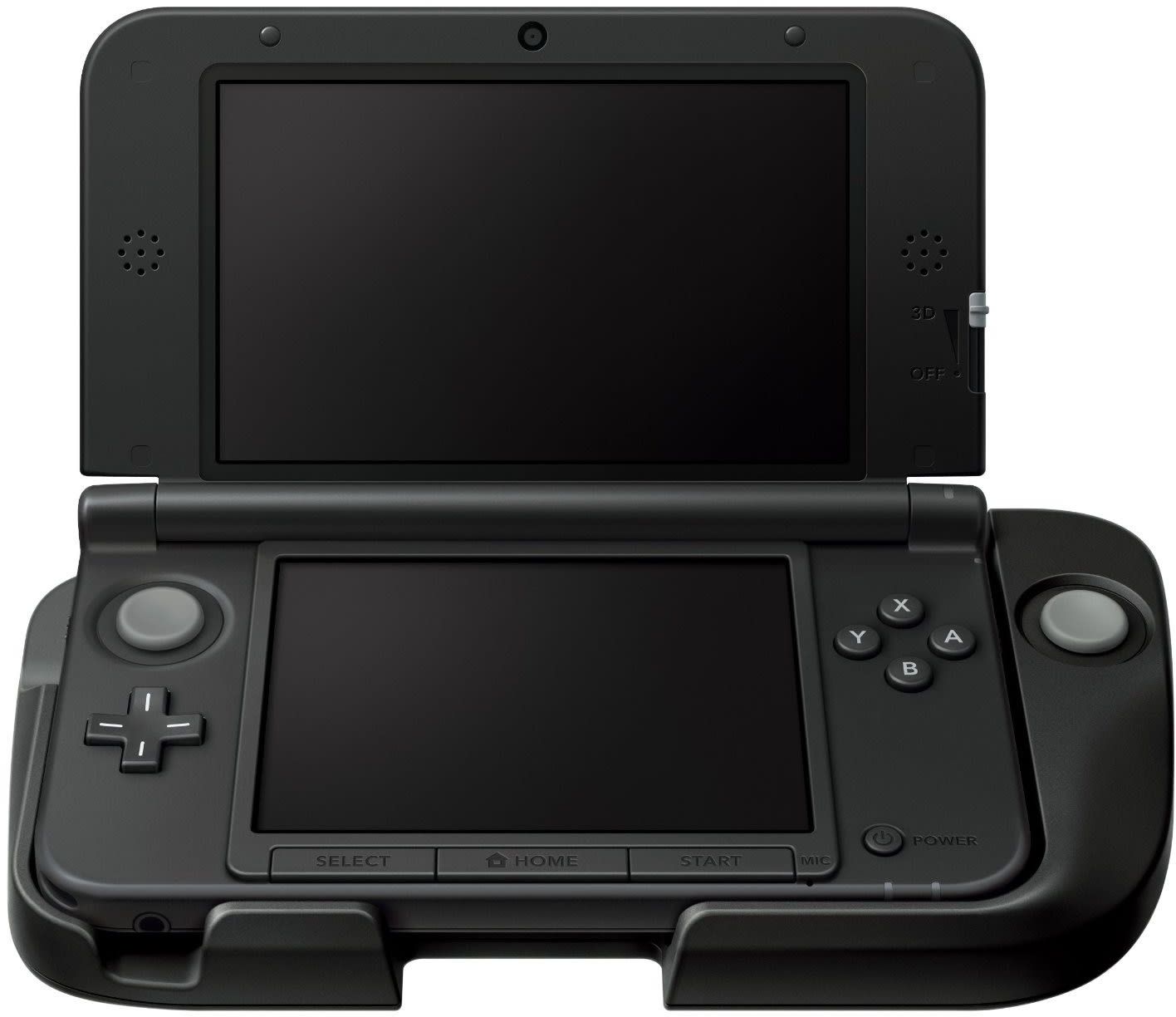 Nintendo seems to have a knack for repeat performances. Nintendo DS? Quickly supplanted by the DS Lite -- and the DSi didn't last too long either before it was succeeded by the DSi XL. Even the 3DS saw a revision, when it was supersized last summer. These redesigns typically don't change more than the device's size, but when the 3DS XL was announced, some gamers were left wanting. Didn't the original 3DS get an accessory specifically to address the lack of a second analog pad? Why didn't Nintendo take the opportunity to add dual-analog controls? Well, if that happened, Nintendo couldn't release an encore Circle Pad Pro accessory, could it? Let's take a look at the 3DS XL Circle Pad Pro and see what's changed. The 3DS XL Circle Pad Pro gives you an extra analog stick when you need it, but its poor design can be frustrating.

Be the first to review the 3DS XL Circle Pad Pro?
Your ratings help us make the buyer’s guide better for everyone.
Write a review

The 3DS XL isn't a small device to begin with, but docking it in the Circle Pad Pro will destroy any illusions you had about being able to stuff it in your pocket. Seated in the second-stick cradle, the rig measures 7.5 inches wide and 4.5 inches deep. It's almost two inches thick, and suitably huge. Fortunately, it bears the extra bulk better than its predecessor: the original Circle Pad Pro turned a fairly portable device into an unwieldy mess. The XL variant only makes the device slightly larger by comparison. It's still notably hefty, but the effect is simply less of a nuisance thanks to the more sizable host device. The 3DS XL is already too big for the average pair of jeans -- what's an extra inch?

It looks better than the old model, too, with a wedge-like shape that tapers down towards the front of the cradle. The backside features an engraved Nintendo logo and two lightly bulging grips. Besides the obvious starboard analog stick, there isn't much to the accessory's front: a recessed area for the console, a few rubber nubs to hold it in place and an IR emitter to communicate with the 3DS. There's also a screw-secured AAA battery compartment, mimicking the original model's unfortunate requirement for its own power source. All in all, it's lightweight and comfortable to use, despite its size.

Installation instructions are conveniently printed in the cradle's recessed area, illustrating a simple two-step procedure: drop the 3DS in from front to back. Following the diagram produces a satisfying click, with the 3DS XL locking into place. Pretty simple. Using it in-game sometimes requires a little more effort -- Kingdom Hearts 3D: Dream Drop Distance, for instance, needed us to dive into the game's pause menu to activate the accessory. Other games, such as Resident Evil: Revelations, automatically detected the Circle Pad Pro and reacted accordingly. The device can also be calibrated using the in-game menus, and some titles even include a vague battery life tool: "The Circle Pad Pro still has plenty of battery remaining," Kingdom Hearts told us. Okay, then.

If you're familiar with how the original accessory affects gameplay, you won't find anything new here -- games don't play any differently on the new Circle Pad Pro than they did on the old one. Even so, we're still impressed by how much of a difference a second analog stick can make. Playing Kingdom Hearts with the peripheral echoes the feel (and superior camera control) of its home console origins, and Kid Icarus: Uprising uses the accessory to unlock a special left-handed control scheme. Some games even feel broken without the accessory -- in Resident Evil: Revelations, the player can only move and shoot simultaneously if they are using the Circle Pad Pro. It changes how the player approaches the game.

We were surprised to find how comfortable the Circle Pad Pro was, enough so that it's worth using even for games that don't utilize its second analog pad. The accessory's thick body provides a sturdy grip for gamers with larger hands, leaving us less prone to cramping during long play sessions. Despite the new analog stick's jutting right-hand shelf, we were still able to reach all of the handheld's native buttons with ease. The unit's extra weight could get tiring if held in the wrong position, but overall we found the Circle Pad Pro-equipped 3DS XL to be more ergonomic than the stock offering. The analog pad itself feels great too, mirroring the 3DS' own slide pad perfectly.

Unfortunately, the 3DS XL Circle Pad Pro fails to make the most out of being a second-generation accessory. That is, it didn't fix any of its predecessor's mistakes. The Circle Pad's cradle blocks the 3DS' game card slot, SD card, stylus and wireless toggle switch. These are items that 3DS owners use on a regular basis: changing games, using the touch screen and disabling WiFi to save battery life. Undocking the handheld to perform any of these functions is cumbersome and frustrating, and we can't imagine why Nintendo didn't use the accessory's second iteration to fix the faults of the original. It's a crippling oversight, transforming an otherwise novel and useful accessory into an occasional nuisance.

In the end, the 3DS XL Circle Pad Pro is little more than a larger, slightly more comfortable version of its predecessor. It's a niche device designed only to work with a handful of games. It doesn't improve on the old design in any significant fashion, but it does offer some fringe benefits thanks to the 3DS XL's larger size. In the end, it works as advertised, providing a solid second analog input for games that support it. So, is it worth the $20 asking price? Well, that depends -- do you play Monster Hunter?

In this article: 3ds, 3dsXl, 3dsXlCirclePadPro, CirclePadPro, nintendo, review
All products recommended by Engadget are selected by our editorial team, independent of our parent company. Some of our stories include affiliate links. If you buy something through one of these links, we may earn an affiliate commission.