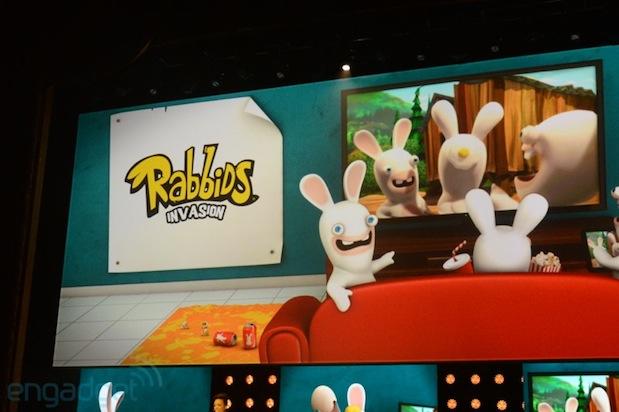 At Ubisoft's pre-E3 press conference it's just announced a new platform for its Rabbid characters, the Rabbids Invasion interactive TV show. Launching on the Xbox One, it allows the viewer to actively participate in certain scenes in order to move the story along. That can include such kid-friendly activities as dancing along with the Rabbids, shouting at them, or helping them aim at each other in an egg fight. Yeah, Watch_Dogs this ain't, but it will be interesting to see if this combo of passive content and active interaction catches on with next generation hardware.

In this article: e32013, hdpostcross, microsoft, rabbidsinvasion, ubisoft, xboxone
All products recommended by Engadget are selected by our editorial team, independent of our parent company. Some of our stories include affiliate links. If you buy something through one of these links, we may earn an affiliate commission.