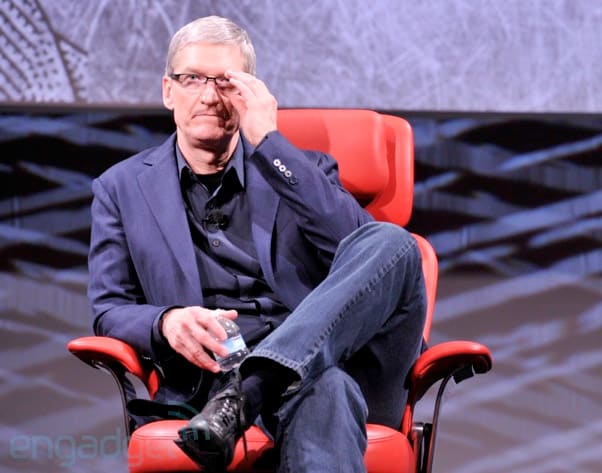 After a less than spectacular couple of months for sales in the Greater China area, Tim Cook paid a visit to Beijing to speak with China Mobile chairman Xi Guohua. Apple's CEO was there to "discuss matters of cooperation," according to Reuters, a conversation that no doubt included bringing iPhones and iPads to the the carrier's massive subscriber base. Apple has yet to issue a comment on the discussion, but a partnership could mean huge numbers for Cupertino, delivering iOS products to the mobile provider with the world's largest subscriber base.

Source: Reuters
In this article: apple, china, china mobile, ChinaMobile, mobilepostcross, tim cook, TimCook
All products recommended by Engadget are selected by our editorial team, independent of our parent company. Some of our stories include affiliate links. If you buy something through one of these links, we may earn an affiliate commission.