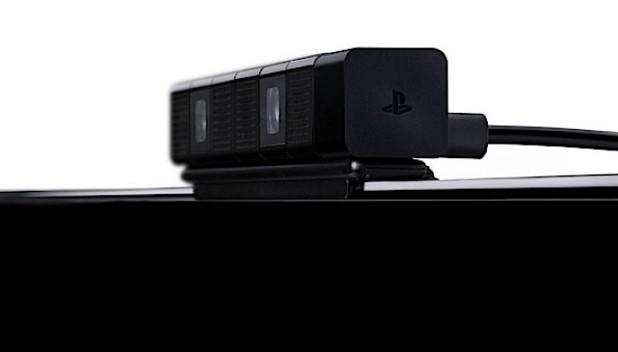 Unlike the Xbox One's philosophy with Kinect voice commands that control everything from turning on the console to searching the online store, the PlayStation 4's camera / mic array can only interpret a handful of relatively basic voice commands. The console can't be "woken" while in standby mode by voice, for instance, nor can you command a video playing on Netflix to pause. In fact, at launch, none of the third-party apps on the PlayStation 4 will allow for voice commands -- something Sony reps tell us they "hope" more apps will integrate in the future. The console can be turned off using voice, and you can command it to open games.

At Sony's big PS4 review event in New York City this week, few of the commands were demoed, and zero gesture commands were shown. Outside of facial recognition for logging in, it looks like Sony's next game console isn't focusing too much on competing with Microsoft on a point-by-point basis in terms of camera / mic-based input.

Of course, reps also told us that more functionality will be added over time. And hey, considering that the camera may actually be included in the retail box down the line, it sounds to us like you're probably safe waiting for a few on grabbing one this Friday -- unless you really, really want to play The Playroom. Frankly, we respect that.

In this article: gesture, hdpostcross, playstation 4, playstation4, ps4, ps4 camera, ps4 voice command, ps4camera, ps4voicecommand, sony, voice
All products recommended by Engadget are selected by our editorial team, independent of our parent company. Some of our stories include affiliate links. If you buy something through one of these links, we may earn an affiliate commission.