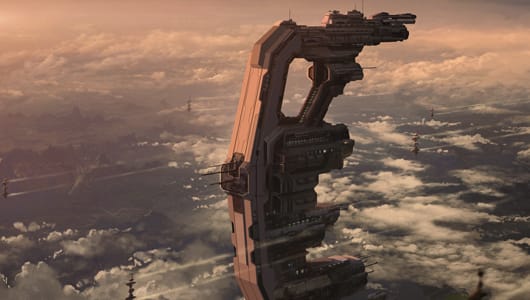 Star Citizen, the crowdfunded space sim helmed by Wing Commander creator Chris Roberts, continues to demonstrate its incredible ability to generate enormous sums of money. Roberts today announced that Star Citizen has officially passed the $27 million mark, an amount that makes it possible for Cloud Imperium to add new ships and technology based on the Banu race of tradesmen.

Roberts also announced the next stretch goal; at $29 million, Cloud Imperium will add more resources to the single player campaign such as an epic opening battle and more animations.
Source: Letter from the Chairman: $27 Million
Coverage: Official Site
In this article: chris-roberts, cloud-imperium, cloud-imperium-games, crowdfunding, internet-spaceships, kickstarter, publisher-free, publishers, roberts-space-industries, rsi, sandbox, sci-fi, spaceship, star-citizen, wing-commander
All products recommended by Engadget are selected by our editorial team, independent of our parent company. Some of our stories include affiliate links. If you buy something through one of these links, we may earn an affiliate commission.