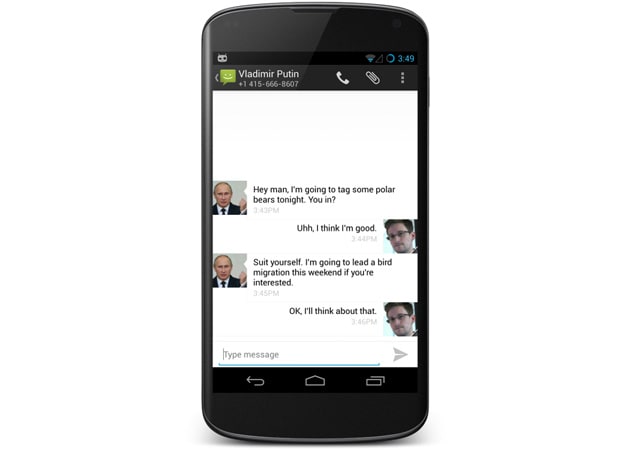 Android users worried that the government is spying on their smartphone now have a new privacy option: CyanogenMod. Starting with today's nightly 10.2 build, the custom firmware will encrypt SMS and MMS messages sent to any device using the TextSecure protocol, including fellow Cyanogen users. Users won't have to do a thing; the cryptography runs automatically in the background, regardless of the text messaging app. The encryption won't reach CyanogenMod 11 or other releases until the company is confident that everything is running smoothly, but it shouldn't be long before many Android users can chat with a greater level of secrecy.

Via: The Verge
Source: Open WhisperSystems, CyanogenMod
In this article: android, cyanogen, cyanogenmod, encryption, mobilepostcross, openwhispersystems, privacy, security, smartphone, sms, TextMessaging
All products recommended by Engadget are selected by our editorial team, independent of our parent company. Some of our stories include affiliate links. If you buy something through one of these links, we may earn an affiliate commission.