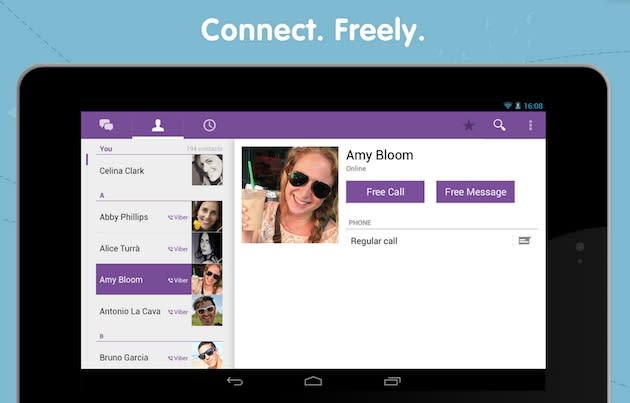 Viber's quest to become the VoIP app du jour has taken another leap forward with the news that, with Version 4.1 its iOS and Android apps, you're now entitled to make calls to any mobile or landline number. The service, entitled Viber Out, was previously made available during the aftermath of Typhoon Haiyan to help affected users contact their families, but has now rolled out to all, giving you a cheaper alternative (depending on where you're calling) to Microsoft's Skype Out service. To make things as easy as possible, Viber Out will connect itself to your phone number, letting recipients identify your call. It also allows balance top-ups via its mobile and desktop apps to help you keep on top of call costs. Viber says the updated iOS and Android apps will go live today, with Windows Phone support following soon, ensuring Microsoft has some real competition on its own turf.

In this article: calls, landline, mobile, mobilepostcross, skype, viber, viber out, voip
All products recommended by Engadget are selected by our editorial team, independent of our parent company. Some of our stories include affiliate links. If you buy something through one of these links, we may earn an affiliate commission.