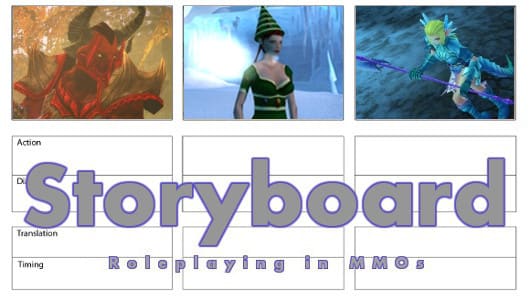 You're running a roleplaying event, and it's going well. It's lively, people are having fun, characters are playing off one another well, it's ideal. So you decide to push things a little further, to take things up a little more, and the next thing you see is people mumbling excuses and leaving until you're left with one or two people who remain less as a function of fun and more as a testament to bitter determination. What in the world happened?

I'll tell you what happened: You ruined your own event.

This has kind of been a week for me of people ruining good stuff, which makes this week's column unintentionally apropos. A lot of roleplaying events start out great, with everyone invested and happy to be present, but they quickly dissolve when a few well-intentioned but poor choices are made by the people running the event. And while I can't chronicle every possible pitfall, I can at least talk about the most common ones that I see again and again. 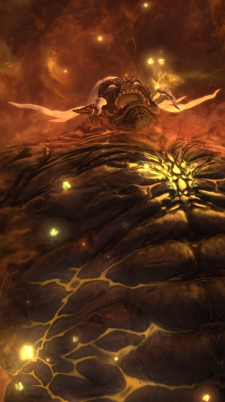 You tried to make it go on too long

Some people have endless amounts of time for roleplaying, and that's great. Maybe you have nothing else to do in-game this evening and just want to get in and roleplay until your eyes bleed out of your head. That's totally fine even if it's a little bit disturbing in terms of mental image. The problem comes in when you assume that everyone else wants to be carried along for the ride just as you do.

Personally, I think the ideal length of time for a roleplaying event is between one and two hours. Within those two hours, you can get a lot accomplished, and it's short enough that anyone who's working on a limited clock won't have the entire evening taken up by one event. Maybe you're in a group for which there hours is more universally preferred; maybe one hour suits your friends better. It doesn't matter. It's not about how long; it's about trying to overextend.

If you're heading toward that boundary, you need to bring things to a stop. Yes, the event has been almost going for two hours and you're just about to introduce a major antagonist in this event, but if you overextend, people will remember the whole thing as dragging and being boring. Why not introduce him, keep it vague, and have him flit off until the next time? That makes things more memorable. You can run follow-up events, and if the first one was punchy enough, people will look forward to subsequent stuff.

In Final Fantasy XIV's newest dungeon as of this writing, Pharos Sirius, you're climbing up an abandoned lighthouse. There's a portion of the wall that's crumbled away prior to a boss fight, which raises the question of why you don't just bring climbing equipment, climb out of the enormous hole, and climb around the building until you reach the top. After all, that seems a lot easier than fighting your way through the tower.

The reason, of course, is that the content designers didn't set up that sort of flow for the dungeon. That's fine because that's sort of their job. There's nobody sitting down and running the dungeon with you to explain what happens when you try to break up the flow like that.

If you are running a roleplaying event, you should not be resorting to this.

Forcing players to glide along a pre-determined path works in content because it's designed ahead of time by people not directly interacting with you, and the game can give markers to guide players down the correct route. This is not true in roleplaying events. If you're giving a group of players a problem to solve, there is not a wrong way to go about it, and if you feel that one course of action will basically bring the house down together altogether? Work around it. Let your fellow roleplayers do what they're going to do. 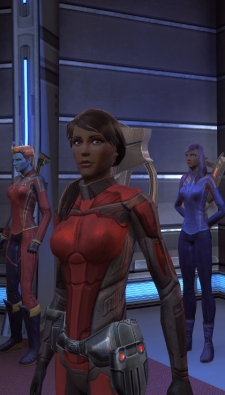 Your event doesn't have any motivating factors

So you've carefully managed to avoid the previous steps, and now you've got your event ready to go. Soon, your fellow captains in Star Trek Online will explore the mystery of the lost culture buried within these ruins, and then...

Wait, what? You're playing not Star Trek Online but World of Warcraft, and none of your fellow player characters is really all that into archaeology? Then why the heck does any of them care?

I'm not saying that the players don't care. If you've got some big ideas for your character's origin and ultimate place in the universe, it's quite possible your friends will indeed care. The problem is that their characters may not, and running events based solely around an issue that's relevant to one person is kind of a weak motivation. Unless a character is your dearest friend, he won't tag along into a den of horrors just because he likes you.

I've talked before about leaving elements open-ended in stories so that other players can pick things up and tie them into their own backstories, and that can work here. You can also flip the stakes -- instead of exploring the backstory of Character X and going through an ogre mound, perhaps you're going through an ogre mound that winds up revealing some of Character X's backstory. But if only one or two characters have a reason to care, it's likely the players are going to pick up on that.

You keep moving the goalposts

Unfortunately for me, someone neatly bisected him with a broadsword in the first few moments of the first encounter, thanks to astonishingly good rolls.

What did I do? I let him die and changed plans on the fly. It wasn't as satisfying as what I had originally planned, but was a great deal more satisfying than declaring that what should have been an easy win was snatched away by nothing more than fiat.

Sometimes you'll run something and someone will succeed not just in a way you hadn't expected but with flying colors. Maybe you're playing team sports and one team just ends the match in moments. Perhaps you're trying to solve a puzzle and someone gets it right on the first guess. The temptation is to draw things out... but then why should anyone bother to keep participating? Why would you keep taking part in an event if you know that your successes become failures if they're too good?

Feedback, like always, is welcome in the comments below or by mail to eliot@massively.com. Next week I'm going to talk about alternatives to the much-loathed /random, and the week after that I want to discuss housing systems and how they relate to roleplaying.

In this article: advice, events, featured, herding-cats, in-game-events, opinion, roleplay, roleplayers, roleplaying, roleplaying-events, rp, social, social-interaction, story, storyboard
All products recommended by Engadget are selected by our editorial team, independent of our parent company. Some of our stories include affiliate links. If you buy something through one of these links, we may earn an affiliate commission.