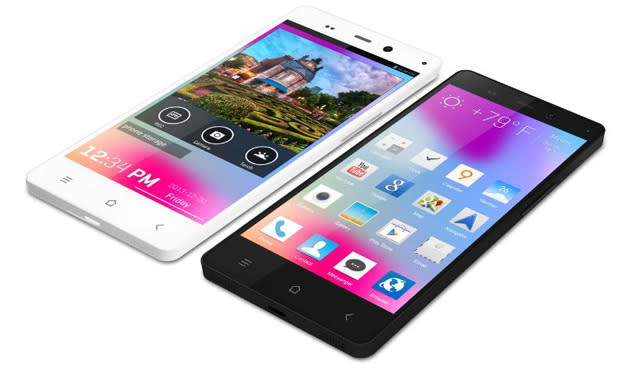 BLU Products can offer a lot of smartphone for the money, but its devices seldom come with the sharp screens and ample memory that you'd expect from rivals. The company is closing that gap with its new Life Pure, however. The $349 unlocked handset carries the same 5-inch, 1080p screen that you've seen on flagships from the past year, including the HTC Droid DNA; it even stuffs in a 13-megapixel rear camera, a 5-megapixel front camera and 32GB of storage, giving it more overall media prowess than a similarly-priced Nexus 5. With that said, you won't want to chuck your reference Google phone out the window just yet. The Life Pure is running on a slower 1.5GHz quad-core MediaTek chip (albeit with 2GB of RAM), doesn't include LTE and uses Android 4.2. This isn't an early adopter's phone, then. Still, we can see some buyers trading performance for features when the Life Pure goes on sale in the near future.

In this article: android, blu, bluproducts, jdi, jellybean, lifepure, mediatek, minipost, mobilepostcross, mobilepostmini, mt6589t, smartphone, unlocked
All products recommended by Engadget are selected by our editorial team, independent of our parent company. Some of our stories include affiliate links. If you buy something through one of these links, we may earn an affiliate commission.