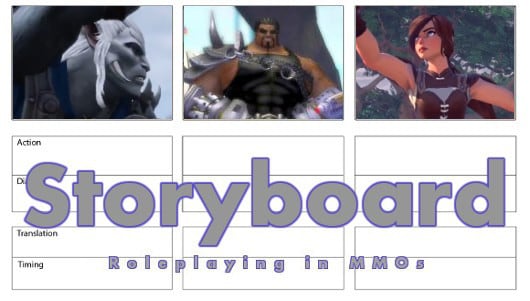 Two weeks ago, you might recall, I ranted about using random rolls as a mechanic of resolution when roleplaying in MMOs. For those of you who can't be bothered to go back and read the whole thing now (which I totally understand; you probably have holiday games burning a hole in your pocket), the core point was that random rolls don't actually tie to anything for resolution and wind up coming off as an obvious and unfun kludge for the sake of random resolution.

"Well, if you're so smart, why don't you come up with alternatives?" And I did. Readers also had some wonderful suggestions and feedback in the comments last week, which make the article even more worth reading, so really, go ahead and take a look at it. This week, I'm taking a look at how you're going to resolve conflicts in roleplaying without relying on what amounts to a coin flip. And as you may have expected, they're all taking tips from tabletop games.

Taking a page from Amber

For those of you not familiar with the past thirty years of tabletop roleplaying, that title isn't going to make a heck of a lot of sense. A bit of history: Amber Diceless Roleplaying is, well, exactly what it says on the tin. The middle part is what we're most interested in; the authors rather wisely assumed that in a game with most players taking the role of a godlike being, random resolution should only rarely come into play. The result is that every single action falls into one of three categories: it's an automatic success, an automatic failure, or it's an opposed action between two people and comes down to a simple matter of who is better.

How do you determine who's better at something? I'd say it's fairly easy in a group setting. You either discuss it for two minutes as mature adults, or you go with a simple tit-for-tat arrangement. If Mike's character and Felicity's character could both conceivably win against one another in a fight, Mike agrees to be worse here and Felicity's character has to take a hit in terms of capability later. That doesn't mean you can't embellish these results at all, just that you know the outcome ahead of time.

Needless to say, this requires a group that's going to be able to accept the idea that certain obstacles are just impossible to overcome by a given character. Not everyone will be comfortable with that. When it works, it creates a nicely transparent system; when it doesn't, it has all of the hallmarks of just arguing out resolution. But with a good group, it can work wonders. 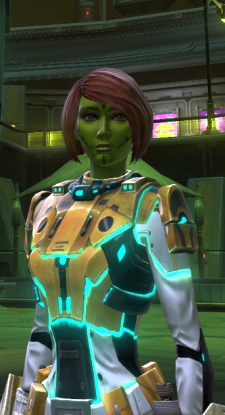 Taking a different page from Nobilis

Nobilis is another game in which players wind up playing as superhuman creatures with supreme amounts of power, which does seem to be a bit of a theme. It's also a diceless system, but it holds a slightly more complicated resolution mechanic. In short, a character can do almost anything if a player really wants to, but it's going to take a lot of energy and it'll mean foregoing doing much else until that energy recovers.

You may recognize this as having something in common with pretty much every MMORPG in history. The question isn't whether or not you can use Blizzard II in Final Fantasy XIV; the question is whether or not you can use it at the right time and whether the resources spent on it would be better spent elsewhere. It turns things into a game of resource management. And it fits quite nicely into a system wherein you don't necessarily have stat sheets for your characters.

The simplest version of this sort of system is a tit-for-tat exchange: For each character success, you have a character failure coming up, which works great for dramatic scenes and less well for things like duels. If you would rather be a bit more abstract for things like duels, you can abstract quickly. Divide level by 10, you have that many successes, when you hit zero your opponent basically ends the contest if you haven't already, spend multiple successes to overwhelm someone. It's quick and dirty, but with a little massaging based on your group and game, you can end up with a system that's quick and loose but satisfying enough that no one can do everything perfectly at all times.

The SAGA System was a short-lived system that was used for exactly two games, both of which were quite good. In essence, each player drew a hand of cards which could be spent on various actions, with higher and more appropriate cards producing better results. I'm describing the bare minimum of the system, but the point to be made is that it's simple, elegant, and provides a very simple system for resolution.

So let's say each character draws a hand of cards. For each task, either the person running the event sets a target number or it's an opposed test and the high card wins. An injury forces you to discard a card or not redraw one in a duel; lose all of your cards and you're unconscious. If a character is particularly skilled in a given field, the player can play two cards for an action. It's simple, quick, and clean.

Assuming, of course, that you have players that you trust. I am willing to bet dollars to donuts you can also find quick apps meant for poker games or the like online, since this is far and away the most fiddly method I'm using here. You can also mess a little bit with hand size to ensure fairness, so higher-level characters have a bigger number of cards or have a wider variety of spells or whatever.

Is any of these going to replace random rolls? Probably not, but I think they're all better options to adding in some randomness when you need some external deciding factors. Feedback, as always, is welcome in the comments below or via mail to eliot@massively.com. Next week, I want to talk about housing systems, and the week after that I'll cover how to know when it's time to find a new group.

In this article: advice, conflict-resolution, featured, mechanics, opinion, rant, resolution, roleplay, roleplayers, roleplaying, rp, story, storyboard, tabletop, tabletop-gaming
All products recommended by Engadget are selected by our editorial team, independent of our parent company. Some of our stories include affiliate links. If you buy something through one of these links, we may earn an affiliate commission.