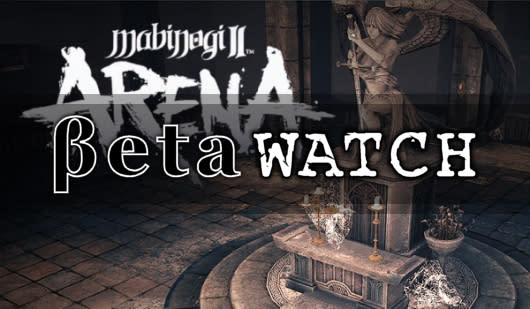 Mabinogi II: Arena might have sounded too good to be true. A sequel to Mabinogi that features an active arena with spectators allowed to watch teams clear through challenges? It turns out it was, in fact, far too good to be true, as development has been discontinued. Neat idea, though.

Meanwhile, as a whole, the beta front continues to be largely quiet as we all slowly arise from our holiday-induced coma. Black Desert shared a few more details about its upcoming second beta test, though most western readers are not going to be able to take part.

We have our full list of games in beta just past the break, as we have every week. Feel free to take a look to see if anything there grabs your interest with a bit more zeal, and let us know down in the comments if something slipped into another testing phase or added a cash shop.

We consider an MMO to be in closed testing if it features either future test signups or an ongoing semi-private beta/alpha that cannot immediately and freely be accessed by the general public. Some are restricted by NDAs. This still qualifies even if the test does feature an active cash shop so long as the signups are restricted; it also qualifies if the testing is limited to purchasers.

In this article: alpha, alphas, beta, beta-test, beta-testing, betas, betawatch, black-desert, closed-beta, featured, game-testing, launch, launches, mabinogi-2-arena, mabinogi-ii-arena, massively-meta, open-beta, roundup, testing
All products recommended by Engadget are selected by our editorial team, independent of our parent company. Some of our stories include affiliate links. If you buy something through one of these links, we may earn an affiliate commission.