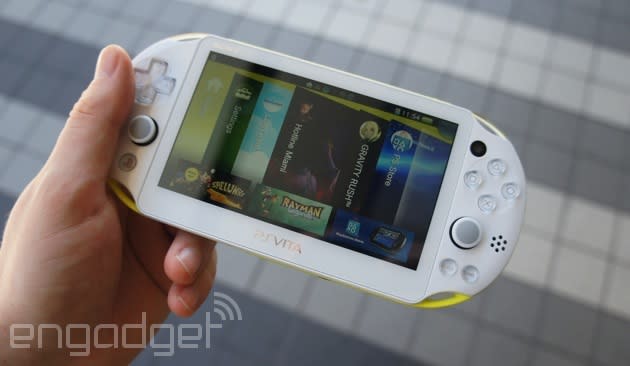 Alright, so perhaps we took Sony's invite to its London PlayStation event a little too seriously when we speculated Vita TV news was on the agenda. Although it's not technically the "slimmest" PS device, Sony's brought us here to welcome the late-2013 PlayStation Vita iteration (aka the PCH-2000) to UK shores. Thinner, lighter and with better battery life than its predecessor (partly due to the use of a new LCD panel instead of the older OLED one), this is the first trip for the new Vita outside of Asia. That plane ride ain't free, though, as the £180 price tag (around $300) is a significant mark-up on the cost of the handheld in its homeland (18,980 yen; around $185), and it's also a tenner more than the original Vita model currently being sold by Amazon UK. Pre-orders for the device start today, with the proper launch penned in for February 7th.