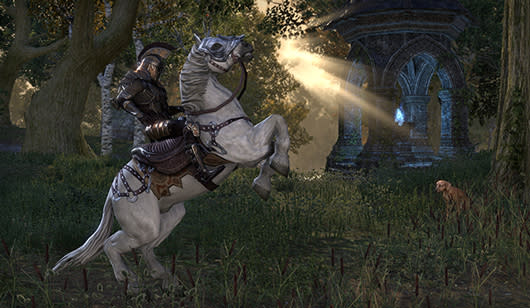 The Imperial race during the time of Elder Scrolls Online was caught in the (literal) middle of the attack by Daedric Prince Molag Bol. However, some of the citizens escaped the enslavement by fleeing to other outlying alliances. To play this Imperial race, you have to have bought the collectors edition of ESO. But you could settle for joining Massively's Elder Scrolls Online columnist Larry Everett at noon EST today as he jumps into the beta and the creates an Imperial for the first time.