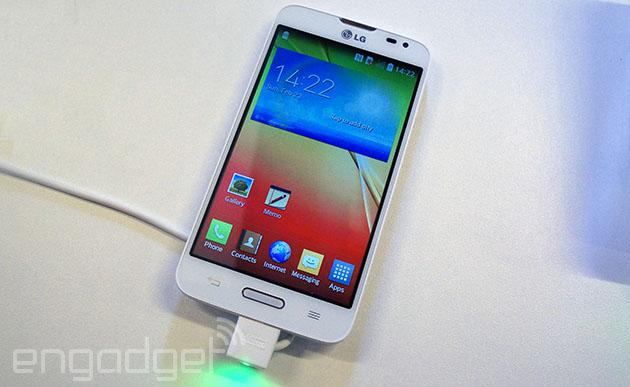 If the debut of LG's L-series of handsets at last month's Mobile World Congress had you hankering for a new phone, you're in luck. The 4.7-inch L90 starts rolling out this week in the CIS region (think Armenia, Belarus, Kazakhstan and Russia). LG has also detailed a few new specs, as well. In addition to the 1.2GHz processor, the L90 comes with 1GB of RAM, 8GB storage space and a 2,540mAh battery. Its cameras are rated at 1.3MP up front, and 5MP or 8MP for the rear. Pricing and domestic availability remain ambiguous for now, but the South Korean outfit promises more local info will be available closer to a domestic launch. To pass the time until then, you could always work out your own custom Knock pattern; we recommend the beat from "Around the Fur" by the Deftones for maximum cool-points.

In this article: android, CIS, KitKat, knock, knockon, L Series III L90, L90, lg, mobile, mobilepostcross
All products recommended by Engadget are selected by our editorial team, independent of our parent company. Some of our stories include affiliate links. If you buy something through one of these links, we may earn an affiliate commission.