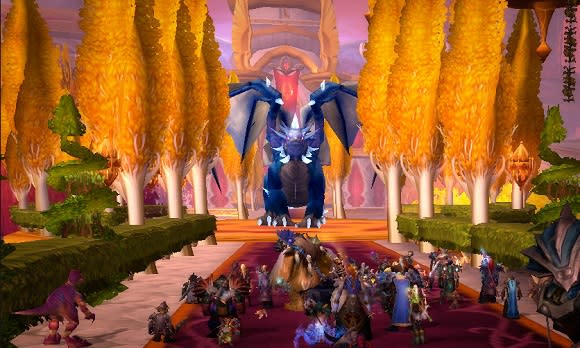 Briefly, I considered using today's Last Week in WoW as the delivery mechanism for an April Fools' Joke. Rather than recapping the last week on the site, I was going to recap WoW Insider's entire existence, presenting links to everything we've ever posted in our history. This idea lasted no more than a few minutes, when the reality of the task settled in. Instead, I'll give you a few stats, which aren't jokes whatsoever. They're just interesting.

So scrap the gag of linking you everything, because that's a Herculean task and I am no Hercules. Instead, let's stick with what happened this past week.

Most popular posts of the week
Follow along for Warlords news, WoW Insider features, editorials, and news from all other Blizzard titles.

Warlords of Draenor and other WoW news Features, editorials, and other goodies Heroes of the Storm
In this article: diablo-news, hearthstone-news, heroes-of-the-storm-news, last-week-in-wow, wow-news
All products recommended by Engadget are selected by our editorial team, independent of our parent company. Some of our stories include affiliate links. If you buy something through one of these links, we may earn an affiliate commission.