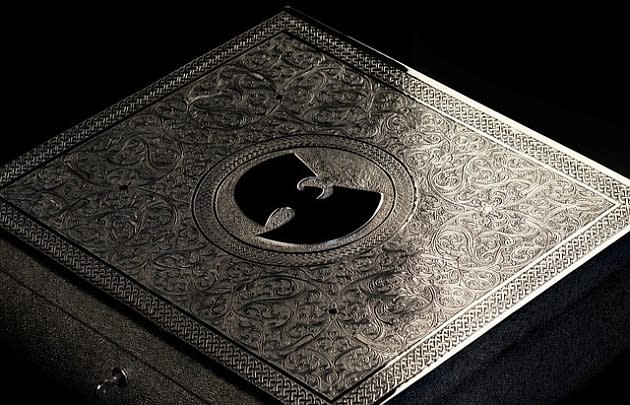 When you have the cultural cachet of someone like the Wu-Tang Clan, there are a handful of luxuries afforded to you that few others have. Like selling the only copy of your upcoming album for $5 million, for instance. But in an effort to free Once Upon a Time in Shaolin's music to less-than-rich listeners, two fans have launched a Kickstarter in an attempt raise enough cash so everyone can hear the exclusive double album. The Staten Island rap group's original idea for the release was to sell it as an ultra-limited edition package after it completes a world-tour where fans could pay between $30 and $50 apiece to listen to it once, in a single sitting, in a museum.

Update: This Kickstarter bid -- ambitious as it may be -- likely violates the Kickstarter guidelines. We've reached out to Kickstarter for the official word.

Update 2: Of the potential violations we cited (from this page under "What is not allowed," the first, third and sixth), a Kickstarter rep says this project is in the clear.

After that, it would reside with whomever could pony up the $5 million asking price. To hopefully circumvent "some über-rich bastard from keeping it to himself like a collector's item," a pair of Wu fans are trying to raise enough cash to buy the album, pay the RZA, the GZA, ODB (R.I.P.), Inspectah Deck, Raekown the chef, U-God, Ghostface Killah and the M-e-t-h-o-d Man for it, and then spread the tunes online gratis. In the event that the funding goal is met but somehow the duo is outbid, there'll be a vote to either refund the money or to fund a Wu-Tang-related project like a free concert for backers -- the project's creators stress that they won't profit from the venture at all. As of this writing, they've only managed to raise $1,103 of the multi-million dollar goal, so if you'd like to hear what the Wu's been working on for the past few years you should throw a couple of bucks their way.

In this article: av, entertainment, FreeMusic, gza, kickstarter, MethodMan, music, RZA, TL17NTFW, WuTangClan
All products recommended by Engadget are selected by our editorial team, independent of our parent company. Some of our stories include affiliate links. If you buy something through one of these links, we may earn an affiliate commission.