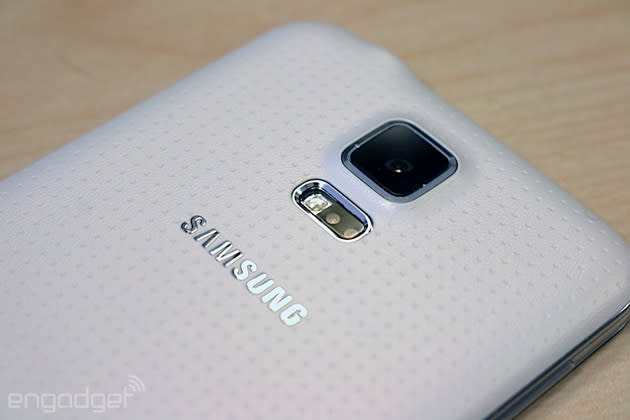 Seeing an error message on your Samsung phone, tablet or Smart TV today? You're not alone, as the Samsung.com website appears to be down and owners worldwide have reported anything from error messages to being unable to access apps on their smart TVs. Reports have spread on Twitter -- mostly from a community news site called Wikitree -- that a fire at a Samsung SDS building in Gwacheon, South Korea is the culprit. We've contacted Samsung but haven't heard anything back yet, and while some of its social media pages have noted the outage, there isn't an official explanation posted.

Update: Naturally now that we've mentioned it, the outage that lasted several hours appears to have ended around 6:15AM ET. Many of the same users who were having problems with their smart TVs and phones seem to have full access again, and Samsung.com is back up and running. A Samsung SDS blog post confirms the fire and subsequent outage, while apologizing for the inconvenience. Despite some scary photos and video of the blaze (after the break) Korean news reports indicate there were no fatalities. The big question left? Why a fire at one location seemed to have such a large affect on the company's devices and services.

We apologize for any inconvenience this may have caused.

Photo of Yonhap showing materials of Samsung SDS building is falling off because of fire,. pic.twitter.com/E1gzO9t3ff

Samsung's website been down for 3+ hours, and this is the global site. Things are normal, I assume?

@SamsungUK the smart hub is down. Is there really no support or information?!!

#Fail http://t.co/aTeVEzEaDJ is down, all 'Smart' devices - TV, Bluray - boned. Obv the internet is down if http://t.co/xDtqnPOYIq is down!

@Micko3 Hi! Thanks for reaching out. We are currently looking into this. We'll let you know once we have the information. ^Jonah

In this article: fire, hdpostcross, mobilepostcross, outage, samsung, samsung.com, smart tv, video
All products recommended by Engadget are selected by our editorial team, independent of our parent company. Some of our stories include affiliate links. If you buy something through one of these links, we may earn an affiliate commission.