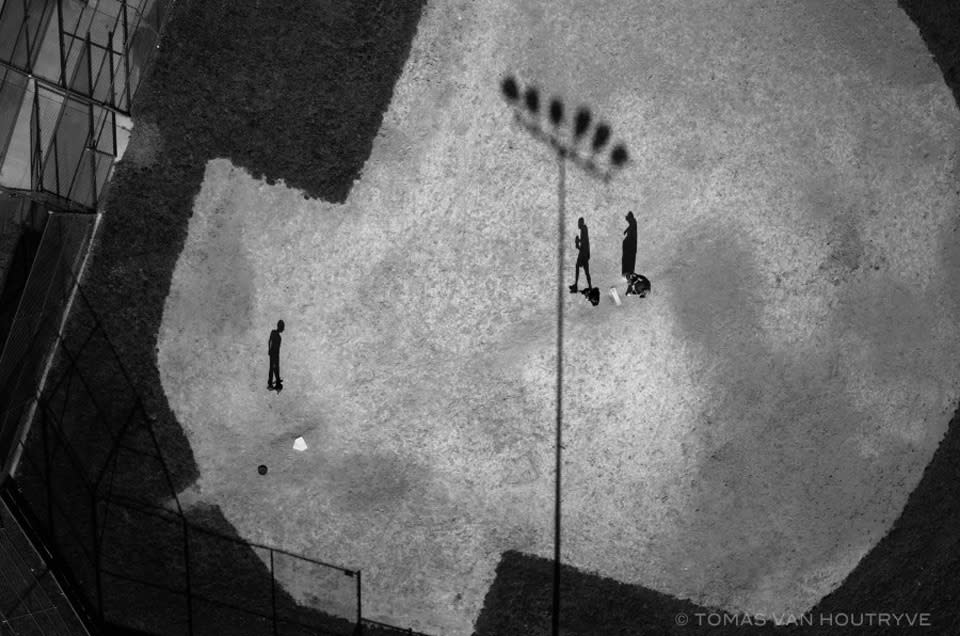 Tomas van Houtryve is a photographer with an eye for reframing perspectives -- particularly those we're more used to seeing in modern conflict. The image above is taken from a 16-page photo essay featured in April's Harper's Magazine (incidentally, the magazine's longest photo essay ever). Van Houtryve attached a camera to a small drone "bought on Amazon," (he doesn't specify which) and crossed America shooting above weddings, prayer gatherings and funerals -- locations van Houtryve solemnly points out are frequent targets during foreign military drone attacks. The essay's name -- Blue Sky Days -- was inspired by one such event. "I no longer love blue skies," is the quote van Houtryve uses on the web page outlining the project. The words come from Zubair Rehman, whose mother was killed by a military drone attack in Pakistan in 2012. "In fact, I now prefer gray skies. The drones do not fly when the skies are gray."

In this article: thebigpicture
All products recommended by Engadget are selected by our editorial team, independent of our parent company. Some of our stories include affiliate links. If you buy something through one of these links, we may earn an affiliate commission.