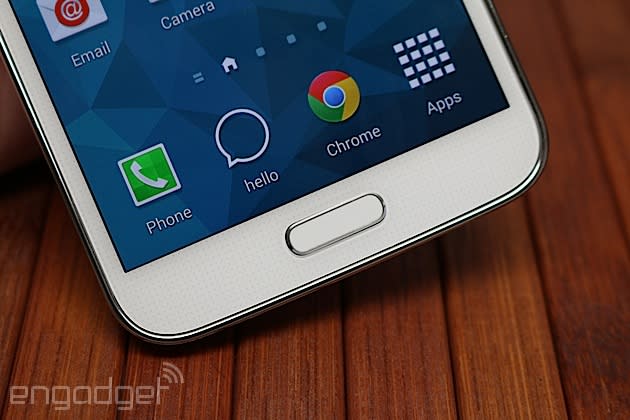 The Galaxy S5 was widely tipped to launch with iris-scanning capabilities. When the crunch time came, Samsung played safe with only fingerprint sensor support. According to the Wall Street Journal, the eye-centric tech is still on the company's radar and could soon debut in new high- and low-end phones alike. "We're looking at various types of biometric [mechanisms] and one of things that everybody is looking at is iris detection," Samsung executive Rhee In-jong admitted today, adding that it would likely be included in flagship smartphones first. Like fingerprint recognition, iris scanning would likely form another link in Samsung's Knox platform, putting it in good stead with big organizations like the US government. Samsung's desire to "follow the market trend" often causes it to beat rivals to market with features that customers rarely use. Iris scanning could well be the next example.

In this article: biometric, iris, iris scanner, knox, mobilepostcross, samsung, security
All products recommended by Engadget are selected by our editorial team, independent of our parent company. Some of our stories include affiliate links. If you buy something through one of these links, we may earn an affiliate commission.